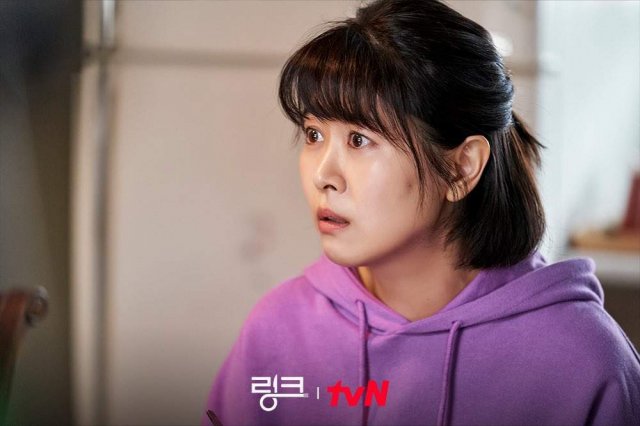 July 26th saw the conclusion to the fantasy melodrama "Link: Eat, Love, Kill" which had been airing on tvN. With the main story's conclusion also comes the resolution of the arc of the character played by Kim Ji-young. In "Link: Eat, Love, Kill" Kim Ji-young played Bok-hee, the mother of the lead character Da-hyeon played by Moon Ga-young. In the final two episodes, Bok-hee becomes a person of interest in a police investigation regarding an incident involving the character played by Shin Jae-hwi.

There we learn that, despite being presented as the daughter of the character Choon-ok, played by Ye Soo-jung, it turns out that Bok-hee was actually Choon-ok's daughter-in-law. Choon-ok's son was not a good person. Despite knowing this, Choon-ok still allowed Bok-hee to marry him. Feeling guilty for this, Choon-ok resolved to treat Bok-hee as if she were her blood daughter. Following the kidnapping incident with her own daughter, Bok-hee only came to rely on Choon-ok all the more.

We learn that every time Choon-ok went to visit her son, Bok-hee would always wait for her at the bus stop, convinced that Choon-ok would not return. Nevertheless, Choon-ok returned, and Bok-hee's smile at this warmed the hearts of viewers. The development of the relationships between mothers and daughters has been a well-received aspect of "Link: Eat, Love Kill" despite the drama's lackluster overall performance. The drama ended with ratings of 2.28% down from a premiere of 3.124%.