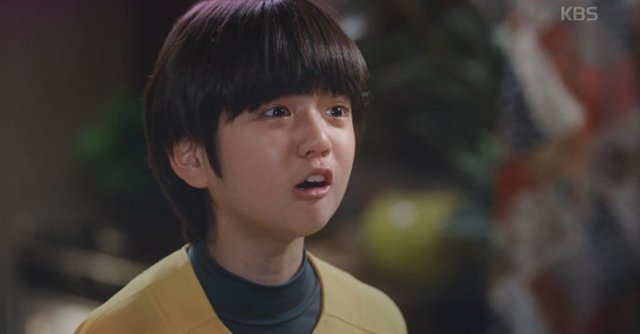 In "When the Camellias Bloom" the lead character played by Gong Hyo-jin is raising a son. Though not the most critical part of the drama's success, the role has nonetheless allowed child actor Kim Kang-hoon to stand out. The second half of 2019 has been big for Kim Kang-hoon, as he also had notable roles in "Exit - Movie" and "Metamorphosis". Both movies did well at the South Korean box office.

What has allowed Kim Kang-hoon to land this particular niche is his ability to effectively mix cuteness with aggression. In "When the Camellias Bloom" Kim Kang-hoon is overly protective of his mother, even in regards to adults who are much bigger than him. Personality was considered the driving factor for his character more than age - the casting call went out for any actors between the ages of seven and thirteen.

In "Exit - Movie" Kim Kang-hoon played a critical role in setting the movie's tone, as we are first introduced to the somewhat pathetic lead character played by Cho Jung-seok through the vantage point of his nephew. Though Kim Kang-hoon's role is minor, it's a critical demonstration of how the movie blends insulted put upon dialog with physical humor.

In "Metamorphosis" Kim Kang-hoon plays a more boilerplate child role as the youngest child of a family menaced by a satanic demon. Kim Kang-hoon has played many children who are victims of violence of a sort ever since his debut in "Pride and Prejudice" in 2014. However, he has since branched out with parts of surprising variety, even playing younger versions of the lead in "Romance is a Bonus Book" and "Hotel Del Luna".