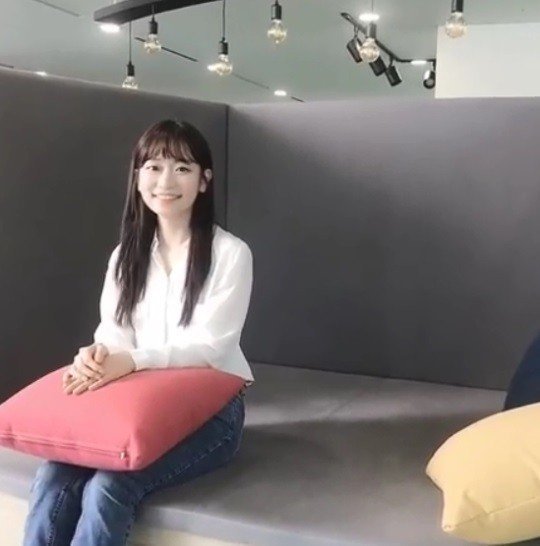 On September 5th actress Kim Seul-gi posted two photos and a short video of herself on Instagram. In the video she can be seen brightly smiling, and in the pictures she is hiding her face in a cute manner.

The images would normally be unremarkable, except that they came out right in the midst of rumors that Kim Seul-gi is having an affair with her married "Love With Flaws" co-star Ahn Jae-hyun. The video appears to be Kim Seul-gi's way of showing that she is not particularly bothered by the rumors.

Kim Seul-gi's agency took immediate steps to harshly deny the rumor. It has since died down, most likely due to a lack of evidence beyond the unsourced suspicions of Ahn Jae-hyun's wife Ku Hye-sun.

"[HanCinema's News] Kim Seul-gi Surprisingly Light-hearted in the Face of Rumors"
by HanCinema is licensed under a Creative Commons Attribution-Share Alike 3.0 Unported License.