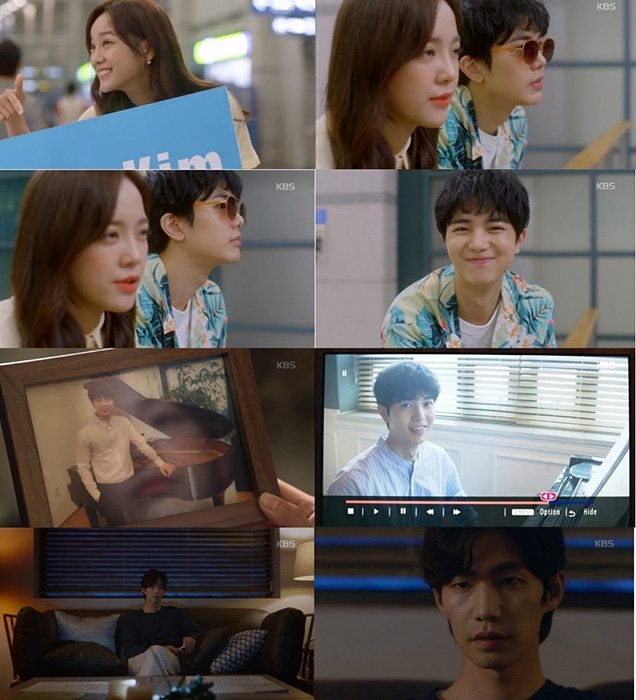 More context behind Kim Shi-hoo's character in "I Wanna Hear Your Song" has been unveiled. While he had always been identified in official materials as the younger brother of Yeon Woo-jin's character Jang Yoon, he now has a full name - Kim I-an.

Because Kim Shi-hoo's character is listed as special appearance cast, his role in the drama is limited, although he appears critical to the drama's central mystery of his older brother's missing memories. Additionally, the fact that I-an is a surname now begs the question of whether the brothers have different surnames, or whether Jang Yoon is actually a given name, with his full name being Kim Jang-yoon.

"I Wanna Hear Your Song" represents Kim Shi-hoo's comeback following a four year break from appearing in South Korean films and dramas. Back in 2015 he had a significant supporting role as a detective in "Veteran" and also played one of the lead roles in the independent crime thriller "Eclipse".

"[HanCinema's News] Kim Shi-hoo's Appearing in "I Wanna Hear Your Song""
by HanCinema is licensed under a Creative Commons Attribution-Share Alike 3.0 Unported License.