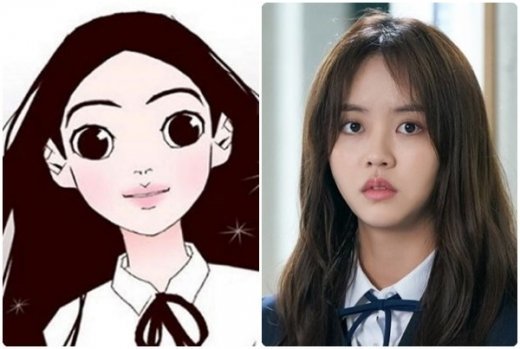 With the official international release of the new Netflix drama "Love Alarm" particular attention has been called to Kim So-hyun's performance in the lead role. Fans of the original webcomic on which "Love Alarm" is based have praised her fidelity to the character.

Kim So-hyun's thought process during the performance was hinted at during a press conference for "Love Alarm" held on August 20th, where she discussed the difficulty of trying not to make her character, Jojo, seem too weak or pathetic. Kim So-hyun talked about how circumstances often made her seem that way though she wasn't really, which is a critical nuance behind the webcomic's popularity.

"Love Alarm" is a light science fiction story that explores what happens to students in a world with an app that tells you if someone within ten meters likes you romantically. It was released worldwide on Netflix on August 22nd.