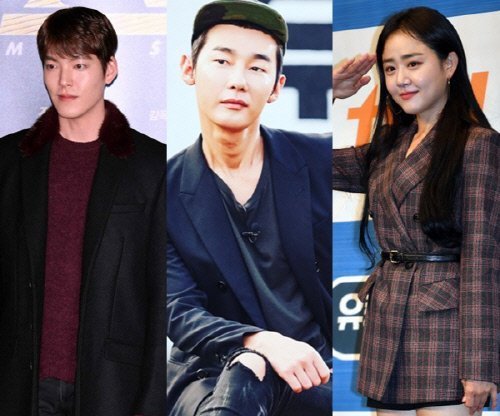 With the appearance of Kim Woo-bin at the Blue Dragon Film Awards setting off speculation about the actor's future plans, other recent performers who have taken ill have captured more public interest. Last December Heo Ji-woong announced that he had to stop working because of his diagnosis of leukemia. But back in August he announced his recovery on social media and once again started appearing in variety shows.

Heo Ji-woong also talked about his experiences on television. Reportedly, Kim Woo-bin watched Heo Ji-woong's interviews in this regard and was inspired by Heo Ji-woong's example, and this interest persisted in the form of Heo Ji-woong's social media posts on the subject.

Moon Geun-young is another actress who had to take a leave owing to illness. Moon Geun-young announced her effective retirement following the end of "The Village: Achiara's Secret" back in 2015. She has only just now returned to dramas with "Catch the Ghost", which started airing on October 21st. That Moon Geun-young was again able to attract a leading drama role in spite of her absence is a sign of her enduring popularity.

These examples and others serve to demonstrate how, should Kim Woo-bin be willing and able, a comeback can probably be easily arranged. His name still inspires strong interest from fans both domestically and internationally. The fanfare that surrounded the announcement merely of his attending the Blue Dragon Film Awards is a likely encouraging preview of the positive response he can expect to see should his participation be officially announced in a new project.

"[HanCinema's News] Kim Woo-bin Latest Performer With an Illness to Eye a Comeback"
by HanCinema is licensed under a Creative Commons Attribution-Share Alike 3.0 Unported License.