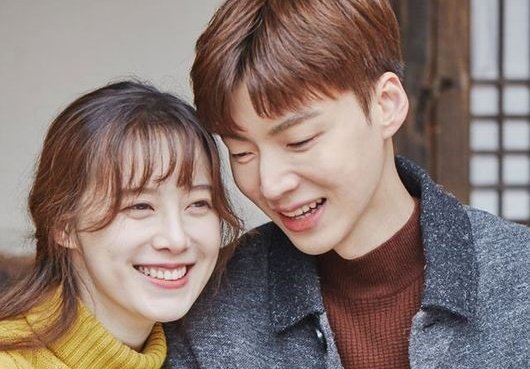 Over the weekend Ku Hye-sun surprised her social media followers with the statement that her husband, Ahn Jae-hyun, wanted a divorce and that she was planning to protect her family. Ku Hye-sun attached communication logs between herself and her husband discoursing over the subject as proof. The shocking news has done much to put recent rumors about problems in their relationship in a new light.

Rumors about the couple's marital problems became more frequent following the highly publicized split between Song Joong-ki and Song Hye-kyo. It was at the time unclear whether there was substance to these rumors or if this was mere speculation based on the fact that not much had been heard from the two in a while.

Ku Hye-sun has had a few major publicity moves over the last few months. She joined Ahn Jae-hyun's agency, suggesting that she was considering a return to acting, opened an artistic exhibition, and published a new novel, 'Heart Shaped Tears'. In relation to these events Ku Hye-sun did interviews where she mentioned that she did not see Ahn Jae-hyun much lately, but seemed supportive of his acting work.

In discussing 'Heart Shaped Tears" she specifically mentioned talking about past relationships with Ahn Jae-hyun, and believing this to be an important part of their bond. Many individual statements made in these interviews seem cryptic in retrospect, such as Ku Hye-sun emphasizing how much she enjoyed Ahn Jae-hyun pursuing her aggressively in the early stage of their relationship, in contrast to his current aloofness.

Ahn Jae-hyun by contrast has not spoken much in public about their relationship, or anything else. He's currently preparing for the upcoming drama "Love With Flaws" and his schedule for that has not been altered in the wake of the media storm regarding Ky Hye-sun's release of their private conversations. Their agency has confirmed that Ku Hye-sun and Ahn Jae-hyun are currently planning a divorce.