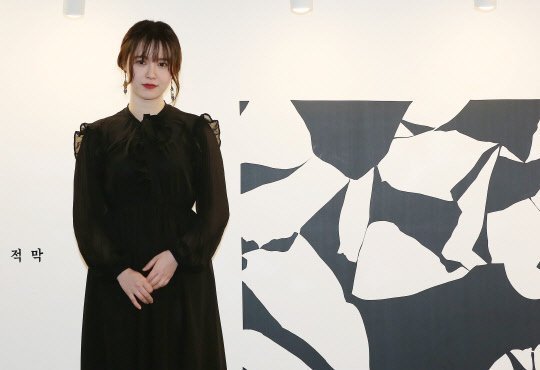 Though highly acclaimed as an actress, Ku Hye-sun has suffered much criticism for her work as an author, a director, and now an artist. But then, her motto from ten years ago has been to work artistically through the power of denial, which she continues with her new exhibition at the Jinsan Gallery in the Mapo district of Seoul.

At the opening event ceremony for this exhibition, Ku Hye-sun talked about how originally her concept for the artwork was to work in color. However, Ku Hye-sun found that she couldn't think of anything appropriate, so she instead settled on simple black and white. Given her poor mental state at the time she thus decided to title the project 'A World Without You is Darkness For Me'.

The mental state was immediately inspired by the death of her pet dog. However, Ku Hye-sun also talked about how she wanted this work to contrast her bright celebrity persona with how she feels as a human - lonely and wandering in the darkness. She described the artwork as a compulsion on her part to describe her ambiguous feeling toward the future, and recuperate from the loss of her dog. 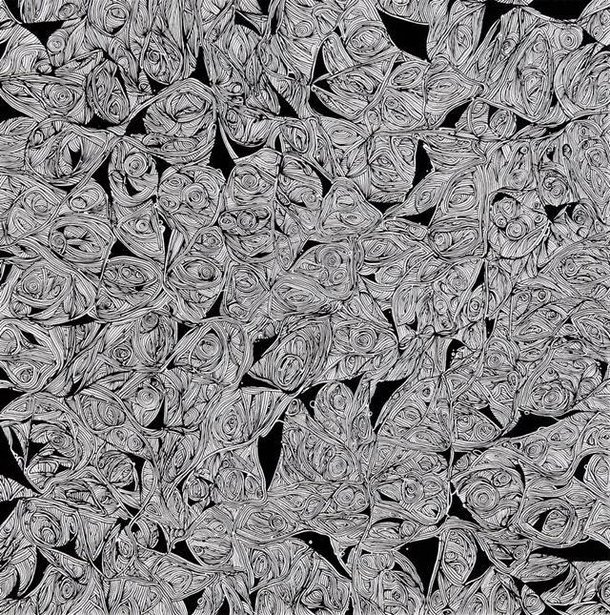 The death of Ku Hye-sun's dog caused her to stop eating well and she lost weight over the next few weeks. She described the dog as being like her child, and said that she needed something to focus on to recover from that. Ku Hye-sun also said that she had been having trouble seeing her husband Ahn Jae-hyun lately, as he had been working out and preparing for his new work. Ku Hye-sun smiled and said she learned a lot about what he was doing by reading the news.

Ku Hye-sun also confirmed that her signing with Ahn Jae-hyun's agency was prompted by Ahn Jae-hyun's influence, and that she had been more considerate of his situation after they got married. To avoid hurting his career, Ku Hye-sun thought it would be best to start thinking more about her own.

Lastly, Ku Hye-sun discussed her own physical state, noting that preparing for the exhibition had exhausted her physically. While Ku Hye-sun acknowledged the desire to give up, she also talked about how her body is always moving, and how no matter what, she keeps going forth with some new project or other.

"[HanCinema's News] Ku Hye-sun Discusses her Life and her Departed Dog at Art Exhibition"
by HanCinema is licensed under a Creative Commons Attribution-Share Alike 3.0 Unported License.