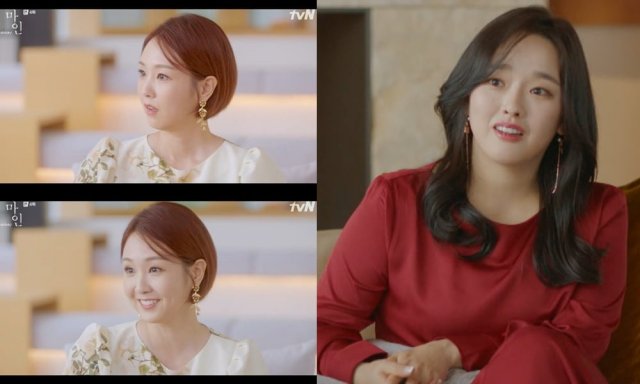 With the broadcasting of "MINE" both on tvN and worldwide via Netflix, the mystery thriller has seen the confirmation of previously unannounced cast. One such cast member is Kwon So-hyun-I, who appears as Jiwon's mother, with Jiwon attending the same school as the son of the lead character played by Ok Ja-yeon. Though unnamed and with a brief appearance, Kwon So-hyun-I attracted much interest in viewers with her dramatic in attitude in response to a plot point involving her son's birthday party.

Elsewhere, Oh Jung-yeon made her debut in "MINE" as the named character Mi-joo, as an announcer in her mid-thirties turned corporate daughter-in-law. The overly sunny disposition of the character appears to be a play on her real-life reputation as a television presenter. Irony is provided in the form of her casually and cheerfully discussing obviously risque topics.

Oh Jung-yeon made a post on Instagram implying her character would appear again. Kwon So-hyun-I suggested her involvement in the drama was at an end, stating it was an honor to work with senior staff and also complimenting more minor crew members for a job well done. Oh Jung-yeon has no other confirmed upcoming acting projects. Kwon So-hyun-I will have a supporting role in the major film "Sinkhole" and a leading one in the independent film "Nothing or Everything" which are both upcoming.