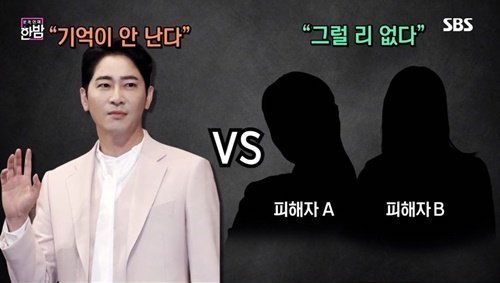 Following Kang Ji-hwan's statement on September 2nd that he committed sexual assault, but does not remember doing so and regrets his actions, his victims have fired back. On September 3rd a lawyer representing the interests of Kang Ji-hwan's victims appeared on an SNS enterainment news program to counter these statements.

The lawyer said that this was all part of a legal strategy. Evidence pointing to Kang Ji-hwan's guilt was simply too strong to deny. He expressed skepticism at the claim that Kang Ji-hwan was suffering from alcohol induced memory loss, saying that the level of inebriation required to do that kind of short-term damage would have made it extremely difficult for Kang Ji-hwan to commit the crime he has been accused of.

The lawyer concluded by saying that he does not believe that Kang Ji-hwan has sincerely reflected on his past actions. He expressed suspicions that Kang Ji-hwan is sticking with the lapsed memory story as a hedge against the accusation that the attack was preplanned regardless of alcohol intake. This kind of continued skepticism from the victims is bad for Kang Ji-hwan, as this will present an argument against leniency at the next trial to be held in October.

"[HanCinema's News] Lawyer for Kang Ji-hwan's Victims Alleges That his Sexual Assault Was Intentional"
by HanCinema is licensed under a Creative Commons Attribution-Share Alike 3.0 Unported License.