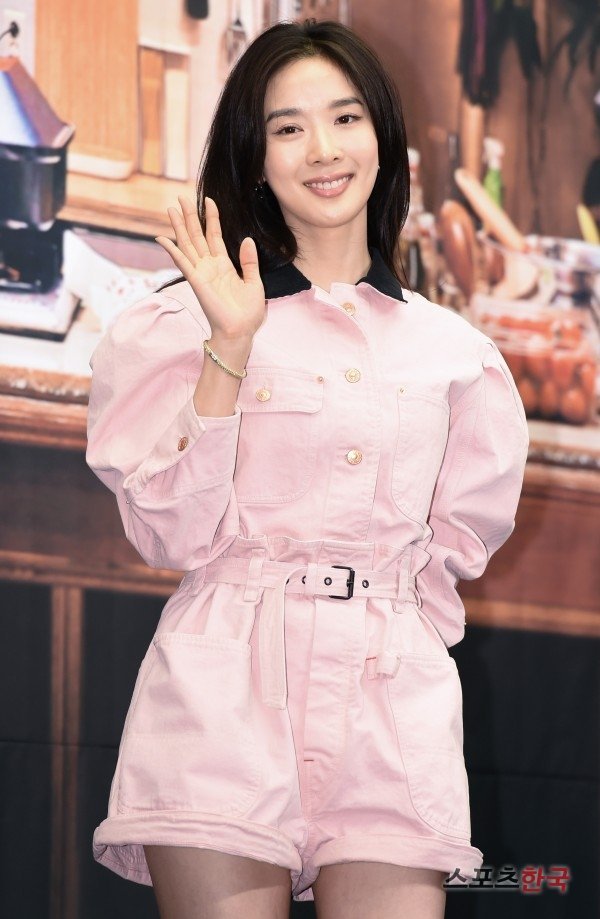 Lee Chung-ah appeared at the Stanford Hotel on February 21st to kick off the rollout new television show. "Everyone's Kitchen" is a variety show that will appear on the Olive channel.

The program's concept is based around social dining. The idea is, you meet new people while trying out new food. Conversation should then flow naturally from that point.

The program is set to air on Sunday nights at 7:40. It will start on February 24th.