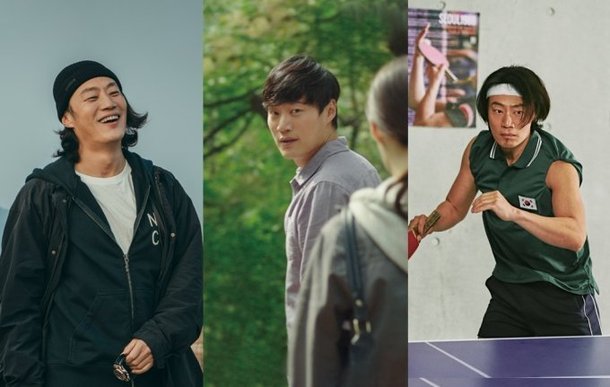 With the action thriller drama "Mouse" entering its final week, viewers have gotten accustomed to actor Lee Hee-jun in his element as a serious detective on the trail of a notorious serial killer. Yet Lee Hee-jun is not so limited in the kinds of roles he has portrayed throughout his career. This can be seen in his recent surprise appearance on "Dramaworld - Season 2" as ping pong player Yoo Dae-soo of the national team, determined to capture the gold at the 1988 Seoul Olympics.

Such unusual appearances are nothing new for Lee Hee-jun. He also appeared in the first episode of "Vincenzo" as a petty thief who robs the title character in a humorous manner. Up until that moment the mafia lawyer had been played by lead actor Song Joong-ki as a cool, classy individual who can't be outsmarted. The two actors will meet again as the leads in "Bogota: City of the Lost" as cop and criminal in the internationally minded crime drama.

As far back as 2016 Lee Hee-jun could also be seen in the independent film "Worst Woman" as a highly melodramatic character, a contrast to the self-imposed, self-believing farce of the title character, played by Han Ye-ri, and her relationship with men in general. For the foreseeable future, however, Lee Hee-jun, will focus on lead roles, including in the upcoming dramas "When the Day Breaks" and "Chimera" this year. "Mouse" had ratings of 5.479% in its eighteenth episode which aired on May 12th.