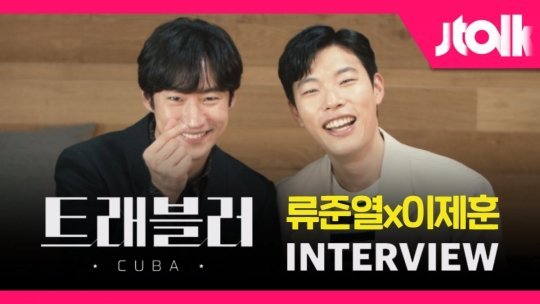 JTBC released a behind-the-scenes look at Lee Je-hoon appearance with Ryu Jun-yeol on "Traveler". The video was released on the JTBC YouTube channel on March 6th.

"Traveler", which airs on Thursdays at 11 PM KST, is a variety show about traveling. Lee Je-hoon and Ryu Jun-yeol did some backpack traveling in Cuba and their adventures are being broadcast on the program.

In the behind-the-scenes look, Lee Je-hoon confides that he had not done this kind of traveling before. Consequently, he found the journey difficult. But when it got rough, he felt comforted and thankful in the knowledge Ryu Jun-yeol gave him about how to carry things properly. Ryu Jun-yeol had some prior experience doing backpack traveling in the United States.

When asked where they would want to travel next time, both Lee Je-hoon and Ryu Jun-yeol answered Cuba. They mentioned having fond experiences with the Cubans they met on their trip and discussed the enjoyable prospect of riding horses and seeing Cuban farms.