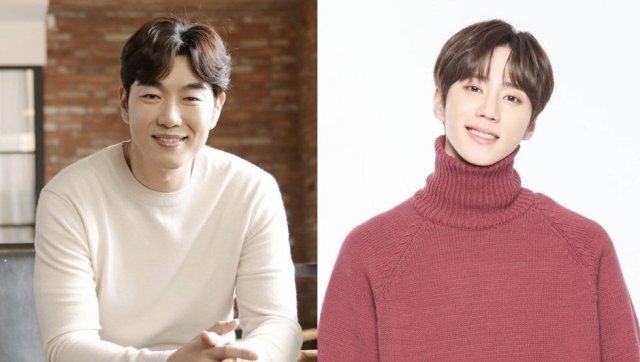 Lee Jong-hyuk and Lee Jun-young have been confirmed to be appearing in "Good Casting" later this year. The November drama from SBS is a comedy dealing with spying missions and corporate espionage, with Choi Kang-hee, Kim Ji-young, and Yoo In-young in the leading roles as the three field agents of a fairly dysfunctional agency team.

Lee Jong-hyuk will play the role of Dong Kwan-soo, the team's immediate supervisor. "Good Casting" will mark Lee Jong-hyuk's first role in high level supporting cast in a drama since "Spring Turns to Spring" earlier this year, though he has as usual supplemented major appearances in dramas and films with special appearances.

Lee Jun-young will play the role of Kang Woo-won, who will work with the agents in some less well-defined technical capacity to uncover corruption at the company. Lee Jun-young is currently appearing as major supporting cast in "Class of Lies" and has been praised for his performance there. Pre-production work for "Good Casting" is expected to start once "Class of Lies" is finished and Lee Jun-young's availability has improved.