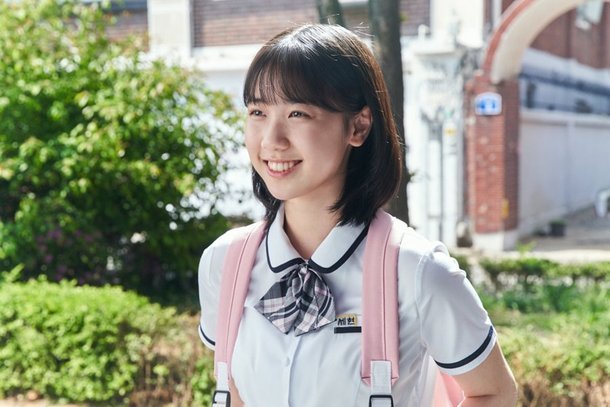 This past May 14th "Move to Heaven" was released in its entirity on Netflix. As is often the case with Netflix dramas, not everyone had the wherewithal to watch the ten episode program in its entirity. Consequently, it has only just been recently noticed that actress Lee Re makes a cameo appearance in the final episode as a student with an outwardly bright demeanor but holding sadness in her heart. This is, of course, to be expected from one who seeks out the services of trauma cleaners.

At fifteen years old, Lee Re is still a child actress, best known for playing supporting roles. Her appearance is noteworthy for its demonstration of synergy within Netflix. Lee Re will have a more important role in the upcoming "Hellbound" where she will play the daughter of the detective played by Yang Ik-june. In the original webtoon, the detective had a teenage son rather than a daughter. Other changes are expected in the adaptation of Yeon Sang-ho's supernatural webtoon.