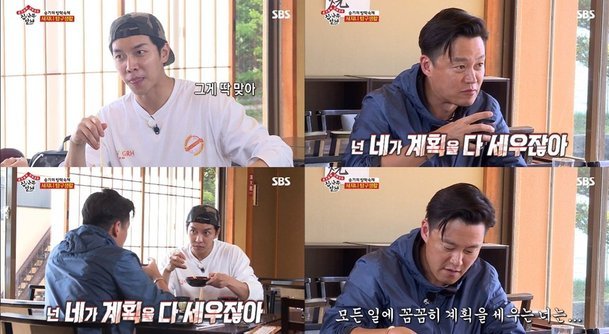 On the SBS variety show 'Master in the House' Lee Seung-gi and Lee Seo-jin have been talking a lot about relationships. Lee Seung-gi talked about how they seem very difficult, and how it seems like a long time since he spoke to a woman on the phone.

They also discussed how they first met, and the importance of having to properly study what they needed to do before going anywhere. Lee Seung-gi was eager to please and strove not to fail again in regards to this prepatory work. Lee Seung-gi questioned why Lee Seo-jin was so inquisitive lately.

'Master in the House' airs at 6:25 in the evening on SBS. These particular conversations took place in the Aomori Prefecture of Japan, where the programs' various participants have been over the last two episodes.