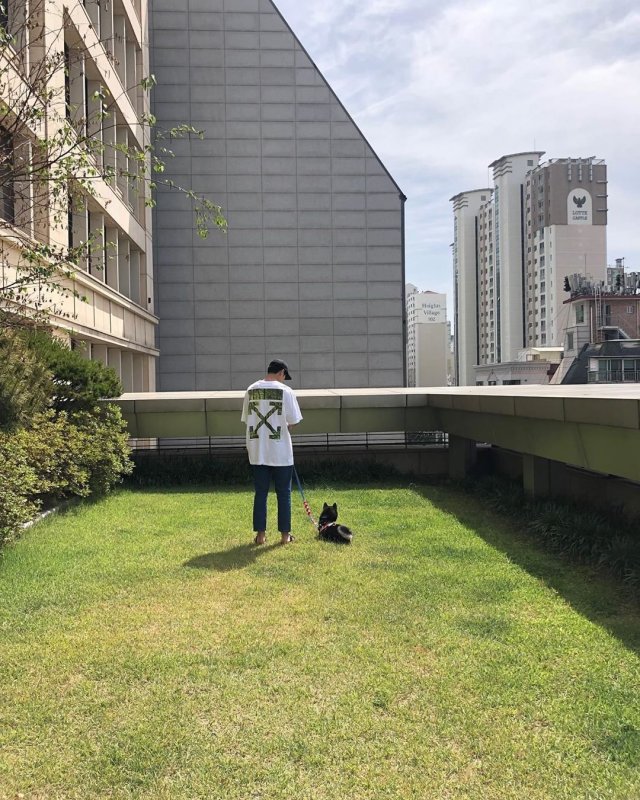 On June 11th actor Lee Seung-gi posted an Instagram photo of himself with his pet dog Perro on a big grassy roof. Lee Seung-gi is well known among his fans for his love of this dog, and frequently discusses Perro in media appearances. On one such occasion he talked about the importance of giving Perro a bath with proper dignity and rhythm, which sparked requests on social media for more information about the dog.

Lee Seung-gi is currently scheduled to appear in the upcoming SBS drama "Vagabond", where he will play the lead role alongside Suzy. The spy drama is centered around corruption and is scheduled to start broadcasting in September. Expectations are high for the drama, which has already secured a worldwide release with Netflix.

"[HanCinema's News] Lee Seung-gi Posts Instagram Photo of Himself With Dog"
by HanCinema is licensed under a Creative Commons Attribution-Share Alike 3.0 Unported License.