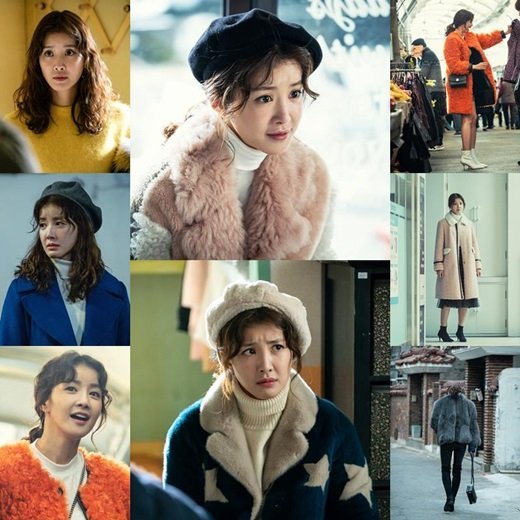 Lee Si-young has been elevating "Liver or Die" with her fashion sense. Or at least, the drama's wardrobe department knows how to dress her.

In "Liver or Die" Lee Si-young plays Hwa-sang, a woman with a cheerful, playful outlook. This attitude also lends her to spend a fair amount of money on clothes, allowing the drama some levity to contrast against its darker subject matter.

However, the way Hwa-sang dresses also says a lot about her character. Observe the more colorful outfits. In these moments, we can see Hwa-sang at her brightest, as she uses clothes to get the most out of her joy today. However, in gloomier moments we see far more muted colors that match her expression.

Beyond just her clothes we can also see this reflected in her selection of hats and shoes, which show just as much variation as the rest of Hwa-sang's outfits scene to scene. Though she is generally shown to be simple and pure-minded, Hwa-sang's fashion sense indicates that Hwa-seong is by no means naive - on certain subjects anyway.

"Liver or Die" airs at 10 PM KSTon Wednesdays and Thursday on KBS2. It's a family drama, of which Hwa-sang is only one member.

"[HanCinema's News] Lee Si-young's Fashion is on Point in "Liver Or Die""
by HanCinema is licensed under a Creative Commons Attribution-Share Alike 3.0 Unported License.