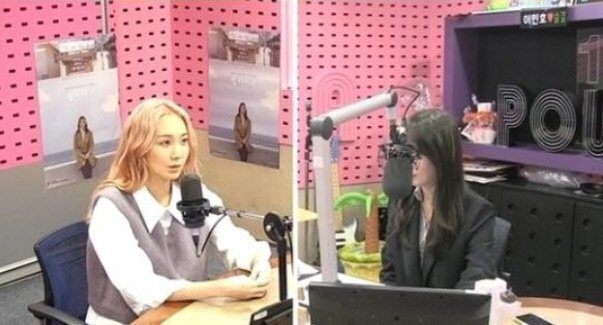 On December 9th actress Lee Yoo-young appeared on the radio program 'Cinetown' to talk about her new movie "I Am Home", which appeared in South Korean theaters on November 28th. Lee Yoo-young plays the main character, a newspaper editor who moves back home to find that her home and her family's perceptions of home have changed.

In the interview Lee Yoo-young discussed her own life story and how that had affected her own ideas of home. She mentioned living in cheap student housing, eating ramen and dreaming of becoming an actress. Lee Yoo-young described herself as having come into this dream because she was emotionally affected by a performance of 'Romeo and Juliet' and wanted to do something similar with her life.

Lee Yoo-young also discussed her new pink hairstyle, opining that changing it felt like now or never for her. Lee Yoo-young also went into depth about her relationship with Byun Yo-han, an actor a few years her senior, who has been a major influence on her career. 'Cinetown' broadcasts on SBS Power FM.