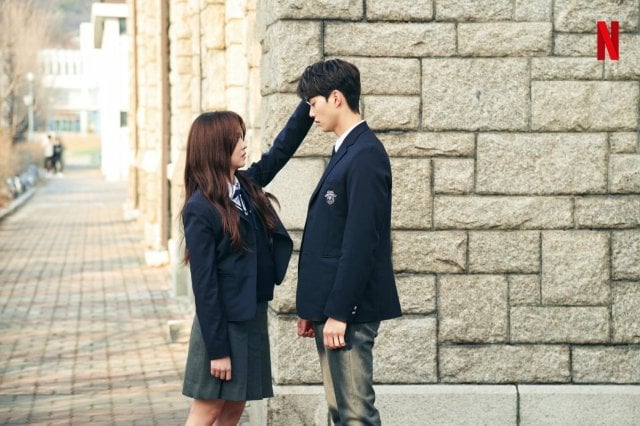 There are high expectations for "Love Alarm", the short drama soon to be released on Netflix. The drama is based on the popular Daum webtoon of the same title by Chon Kye-young, who has expressed support in comments from the project. The last drama adaptation of Chon Kye-young's work was "Pretty Boy" back in 2013.

The core concept for "Love Alarm" is an application that sets off an alert whenever the user is within ten meters of someone who likes them romantically. The story, which is centered around high school students, has inspired comparisons to Park Bo-gum and Ryu Jun-yeol of "Answer Me 1998". The young men of "Love Alarm" similarly debate whether to confess their love to the drama's heroine out of concerns of consideration and friendship.

Lead actor Jung Ga-ram has said that his character, Hye-yeong, has the hypothetical charm of hiding pain while giving out warm hugs. Kim So-hyun, who plays the female lead Jo-jo, agreed, calling Hye-yeong a friend who puts others before himself. Song Kang, meanwhile, has described his character Seon-oh's charm as being tough and honest. Kim So-hyun elaborated by saying that Seon-oh shows his hurt and loneliness and that this inspires protective feelings.

"Love Alarm" will be released on August 22nd on Netflix. As is standard for Netflix releases it will release in all territories at the same time with subtitles available as necessary.