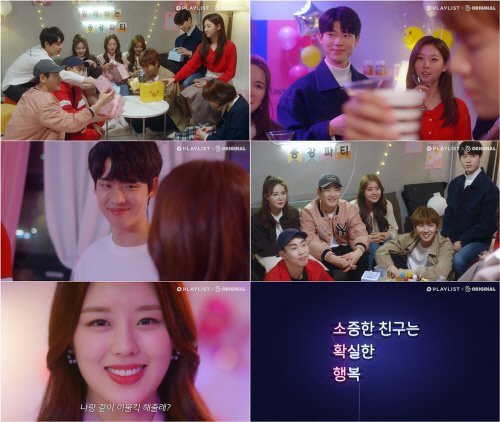 Following the release of its final episode on August 11th "Love Playlist - Season 4" has now been confirmed to be a major success. The web-drama, which aired entirely on streaming platforms, earned over 30 million views over its sixteen episode run this summer.

2.7 million of those views came within the week after the final episode was released, suggesting that rewatching prior episodes became popular once the ending showed where the preexisting plot had been going. The drama also benefited from better exposure compared to prior seasons, as well as the addition of new cast members.

The V-Original drama also established a strong reputation for releasing new episodes in a timely manner, as well as aiming for a broad international audience. English, Spanish, Portuguese, Indonesian, and Thai subtitled versions also allowed the drama to attract a wide base of users.

In a statement V-Original stated that they were pleased with the performance of the latter half of "Love Playlist - Season 4" and that they had exceeded expectations in that regard. In addition to "Love Playlist - Season 4" V-Original has also enjoyed recent success with "In Seoul", as well as other dramas aimed primarily at the teenage demographic.