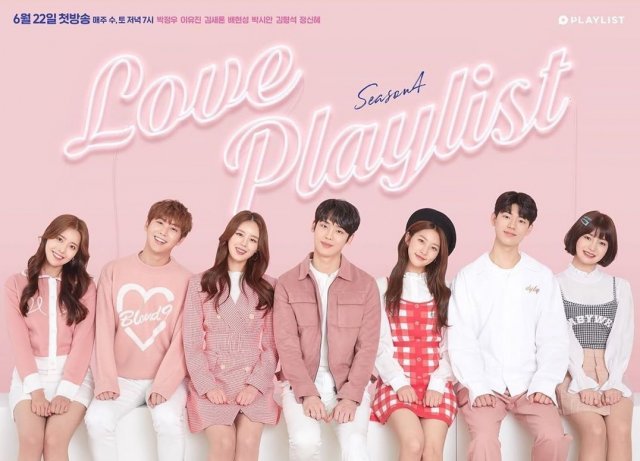 With the success of "Love Playlist - Season 4" more attention is being paid to the web drama market aimed at younger viewers. A study from the fashion corporation Hyungji Elite has found that web dramas are, by far, the most popularly consumed videos for primary, middle, and secondary school students. Web dramas held 51.5% of their timeshare, compared to 21% of YouTube broadcasts, 15% of variety shows, and 11.5% of television dramas.

The chief advantage web dramas have among this demographic is the short time per episode. Fifteen minute episodes are easy to squeeze into various passive moments of free time throughout the day. The production costs associated with web dramas are also lower compared to the competition, making them a relatively easy market to break into.

The kinds of stories are also different. "Love Playlist - Season 4" is just the latest season of the 'Love Playlist' series. The first season was just a campus romance between the ensemble, but later seasons have dealt with how these sentiments evolve over longer stretches of times. This is subject of intense interest to young people who are curious what university life will be like for them socially.

"A-TEEN" had a similar storytelling style about the daily lives of teenagers. In addition to inspiring a second season, lead actress Shin Ye-eun was also able to score a leading role in the tvN drama "He Is Psychometric" thanks to the exposure given to her by her part in "A-TEEN". "OK to Be Sensitive", again focused on university life, has also gained traction and an upcoming season for its thoughtful discussion of practical everyday feminist issues.