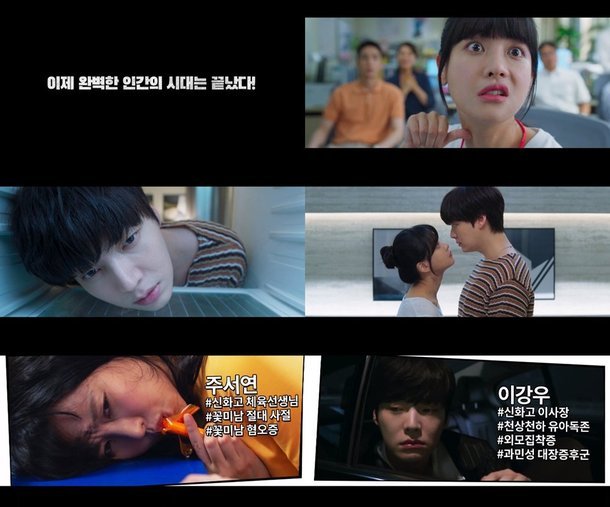 MBC has high hopes for "Love With Flaws" as the drama prepares for the screening of its first episode on November 27th. The drama stars Oh Yeon-seo and Ahn Jae-hyun among others in an ensemble cast about characters who are attractive, but highly superficial, to the point that their toxic personalities overcome their natural physical charms. MBC launched its official website for the drama with more character details on November 25th.

Oh Yeon-seo's character, Joo Seo-yeon, will be a high school physical education teacher, while Ahn Jae-hyun's character, Lee Kang-woo, will be the school principal. Purportedly Lee Kang-woo is suffering from some form of past childhood trauma. The highlight video also shows that the two knew each other as children, though the first love trope is turned on its head, as the younger Joo Seo-yeon is vicious to Lee Kang-woo, disparaging his attractive appearance.

This will be the first television drama for Oh Yeon-seo since "A Korean Odyssey" in 2017 as well as the first for Ahn Jae-hyun since "The Beauty Inside - Drama" in 2018. "Love With Flaws" will air on Wednesdays and Thursdays on MBC at nine in the evening.