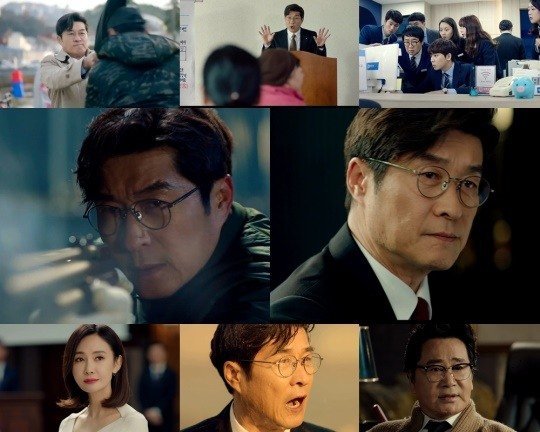 On March 20th MBC released an extended promotional trailer for "The Banker". Though the name may sound simple, the drama is promising to be a dynamic one. Stills from the drama give lead actor Kim Sang-joong a crazed look as the titular auditor Dae-ho - a high-performing manager who gets wrapped up in conspiracies and investigations.

In the trailer, we can see action sequences, pulled triggers, and the chasing of fugitives. The scenery is also hard to miss, from a bedazzling umbrella to a bewildered township.

The characters are similarly aggressive, growling as to each others' identities. The situation looks complex. Dae-ho, for all this premise implies, is also seen as being at turns ignorant and cheerful, like an affable everyday boss. Social commentary is another obvious theme, what with mention being made of whether banks can be trusted at all.

"The Banker" begins on March 27th on Wednesday at 10 PM KST and will air every Wednesday and Thursday afterwards. It will follow "Spring Turns to Spring" in that timeslot for MBC.