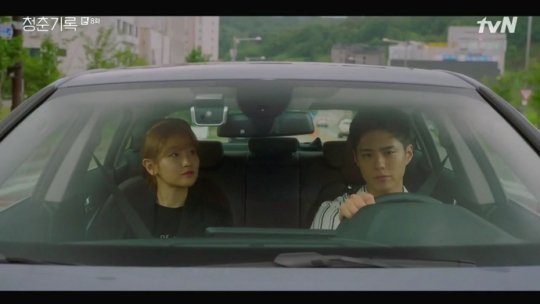 On February 27th Mercedes-Benz confirmed that a major plank of their recent marketing strategy is product placement in South Korean media, and that this has been successful enough that they are planning to expand in this department. The news follows upon prominent spots in "Start Up" and "Record of Youth" last year where characters were seen driving the luxury car brand. The strategy is also significant for South Korean variety television, which often makes more extensive use of motor vehicles.

According to Mercedes-Benz, their research has led them to conclude that this kind of product placement is more effective than traditional advertising. The extent to which COVID-19 has cut down on personal visits to Mercedes-Benz dealership was also described as a major factor. The latter part of "Record of Youth" had Bae Suzy drive a sedan while Nam Joo-hyuk drove an electric car. "Start Up" featured Park Bo-gum driving two different series of BMW, while "Record of Youth"

Mercedes-Benz also made multiple cars of many different models available to both dramas for use as necessary as props. There is not yet any word on which dramas Mercedes-Benz cars may next appear in. There was also no indication of any positive benefit to Mercedes-Benz internationally due to the product placement, although this may just be because Mercedes-Benz Korea, as opposed to the international parent corporation, was making the relevant statements.