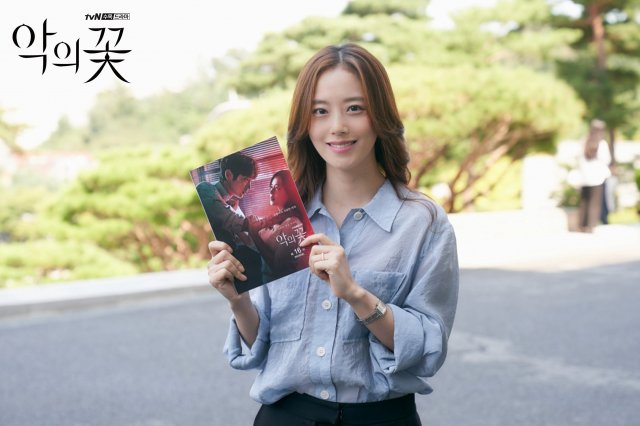 On September 23rd "Flower of Evil" completed its sixteen episode run on tvN with a ratings high of 5.7%. This compares decently to its opening episode, which had ratings of 3.4%. The drama has helped to bolster the reputation of leading lady Moon Chae-won, who plays a woman investigating the dark past of her husband, here played by Lee Joon-gi. Moon Chae-won has been public about her experiences with "Flower of Evil", giving closing thoughts on the drama.

According to Moon Chae-won, "Flower of Evil" has been an experience over three seasons. The drama started in the warm spring and ended in the cool fall. She claimed the experience of the drama finally ending seemed unreal to her. Moon Chae-won also stated that she gave the drama her very best, and that in memory, she felt that the drama would persist as having been a rewarding endeavor.

Moon Chae-won also gave her sincere thanks to those viewers who had loved the drama. Moon Chae-won described her own character whose emotions came from expressing the ultimate truth, and that she had many other difficult moments besides. Moon Chae-won stated that she was able to persevere due to love sent to her by her fans. Moon Chae-won also thanked director Kim Cheol-gyoo, writer Yoo Jeong-hee, and other staff and co-stars for a truly happy time in their lives.