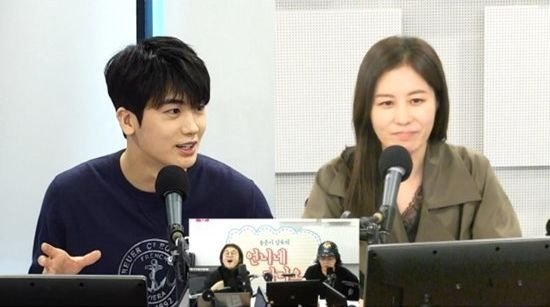 On May 15th Moon So-ri and Park Hyung-sik appeared on the radio program 'Sister Radio' on SBS. They were on to talk about their new movie, "Juror 8", which opened that same day.

They also discussed the content of the movie. Park Hyung-sik noted that Moon So-ri showed tremendous stage presence as the judge, even though she spends almost the entire film sitting down. Moon So-ri talked about how she did a lot of research for the role, to the point of interviewing various female judges. According to Moon So-ri the conversations often turned informal, with her asking the judges if she could address them without honorifics. 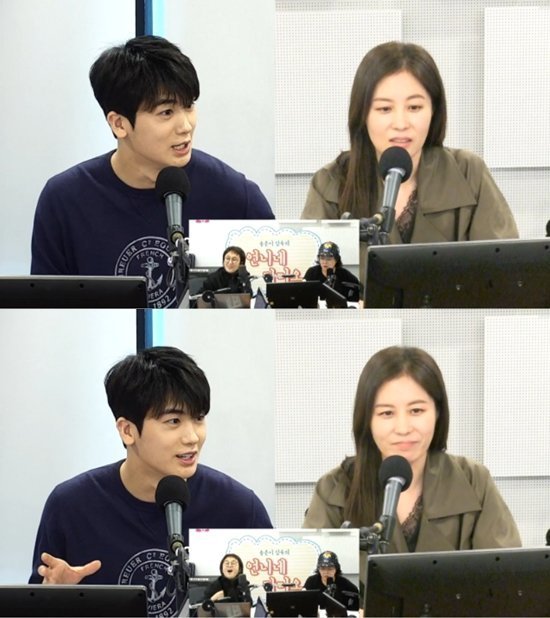 Park Hyung-sik related an anecdote about how his first scene took twenty seven takes and how this stressed him out to the point of needing a smoke. In "Suits" and other dramas, frequent takes are rare, but are a more frequent occurence in film. Park Hyung-sik said he wasn't sure how to react to statements from director Hong Seung-wan about how 'that was great, now try to do it a little better'.

Moon So-ri also expressed surprise at the number of takes, noting that each scene required between three and forty and that the process was difficult. Because "Juror 8" was shot on film, Moon So-ri also ribbed director Hong Seung-wan about the cost of the canisters, asking him if he was going to pay for them all. However, he assured both stars that they were doing so many takes to make sure they got them right, and this satisfied both of them.

"Juror 8" is a dramatized version of South Korea's first jury trial, which happened some ten years ago. It opened in South Korean theaters on May 15th.