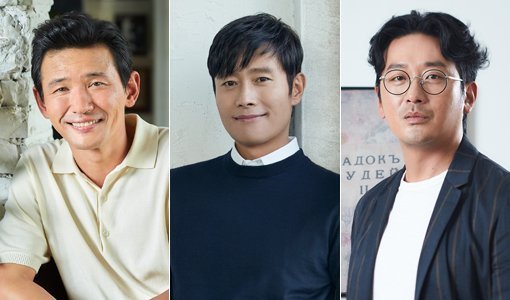 Hwang Jung-min, Lee Byung-hun, and Ha Jung-woo have long made their reputation in the South Korean media environment as movie stars. However, their upcoming projects are breaking this format as the major, older stars are coming back to television dramas. This suggests a recent improvement in the perception of scripted South Korean dramas as relates to relative industry prestige.

Hwang Jung-min's last major project was "The Spy Gone North" back in 2018, with over four million viewers at the South Korean box office. He comes back this year in "Hush", an office drama where he will co-star with Yoona, fresh off her own box office success as the female lead in "Exit - Movie" in 2019. Though Hwang Jung-min has several listed film projects COVID-19, among other issues, have stunted their calendars and left "Hush" as his only project with a definite release schedule.

So it is with similar intrigue that the main definite titles for either actor are the tvN crime lord thriller "The Accidental Narco" for Ha Jung-woo and the NGO-centered "Our Blues" for Lee Byung-hun. Unlike "Hush", these more prestigous dramas are suffering some production issues due to COVID-19. But the very fact that major actors were interested in them before the outbreak shows how major film stars are more willing to appear in scripted television dramas than they used to be.