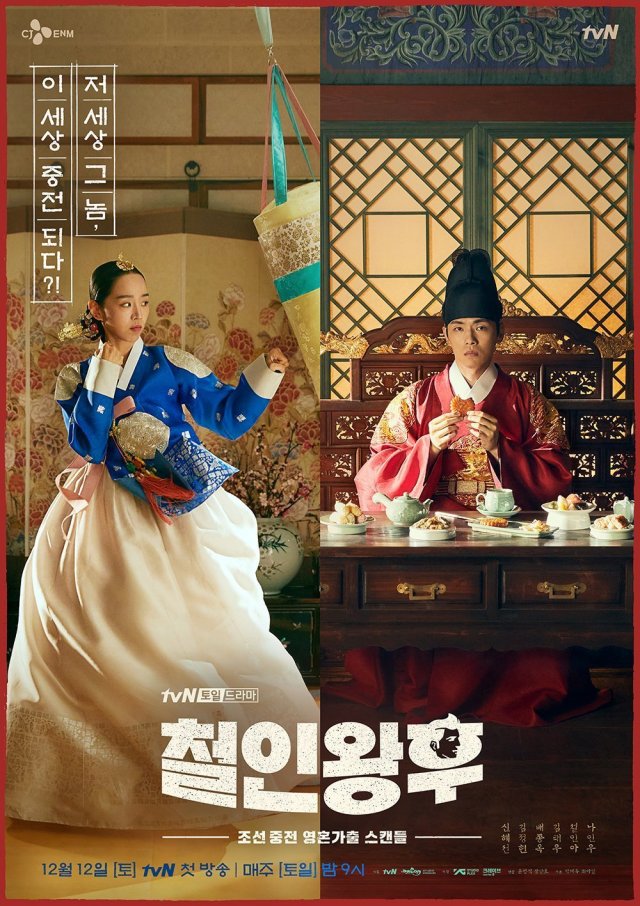 On February 10th the Good Data Corporation released the latest iteration of the Good Data Report. With a slight increase of 3.69% in social media references, "Mr. Queen" topped the report for the second straight week. The surprising cliffhanger for the eighteenth episode drove much of the discussion as the drama enters its final week. Lead actress Shin Hye-sun was number one for performers while lead actor Kim Jung-hyun was number four.

"True Beauty" was second place for its final week. Though the teen romance drama improved its metrics by 7.01%, that wasn't enough to take the lead. Much conversation went into the instant hot pot consumed by the characters in the final episode, due to its relationship with product placement. Commenters also discussed the controversial maskless commemoration photo posted to Cha Eun-woo's Instagram account. Moon Ga-young and Cha Eun-woo were second and third place for performers.

"Run On" rose to third place this week, on the strength of generally positive comments from the drama's long-running fans. Shin Se-kyung and Im Si-wan were seventh and eighth place for performers. "She Would Never Know" jumped to fourth place this week with a massive jump in references of 123.73% with viewers very impressed by the chemistry on display in the fifth and sixth episodes and disappointed by the drama's lackluster ratings. "Rowoon" and Won Jin-ah were sixth and ninth place for performers.

"The Penthouse 2" was fifth place this week, following on a similarly strong performance the previous week. A video of the script reading and speculation about the plot fueled much of the discussion. Commenters also expressed disappointment regarding news about the organization of "The Penthouse 3" and the likelihood of a delay. Elsewhere, "L.U.C.A : The Beginning" debuted in sixth place.