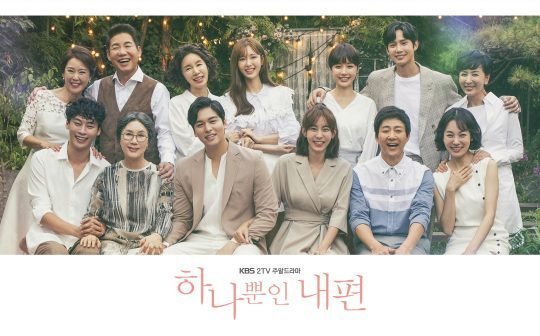 On March 11th the Good Data Corporation released its latest weekly report on trends regarding dramas and drama actors. Based on analyzing references in social media, "My Only One" is the most popular drama and Choi Soo-jong the most popular actor.

"My Only One" has maintained the top position since last week, after "The Last Empress" finished and left the position open. Choi Soo-jong is a newcomer though. Last week he was ranked at number six.

"Romance is a Bonus Book" is still in third place, like last week, while lead actress Lee Na-young is now in second place for actors, up from fourth place last week. Lead actor Lee Jong-suk is down to fifth place from third place.

"Big Issue" opens in eighth place, with lead actress Han Ye-seul in sixth place and lead actor Joo Jin-mo in tenth palce. "He Is Psychometric" appears in ninth place although the drama had not started airing when the report was being compiled.

"[HanCinema's News] "My Only One" and Lead Actor Choi Soo-jong Rank At the Top of Latest Good Data Report"
by HanCinema is licensed under a Creative Commons Attribution-Share Alike 3.0 Unported License.