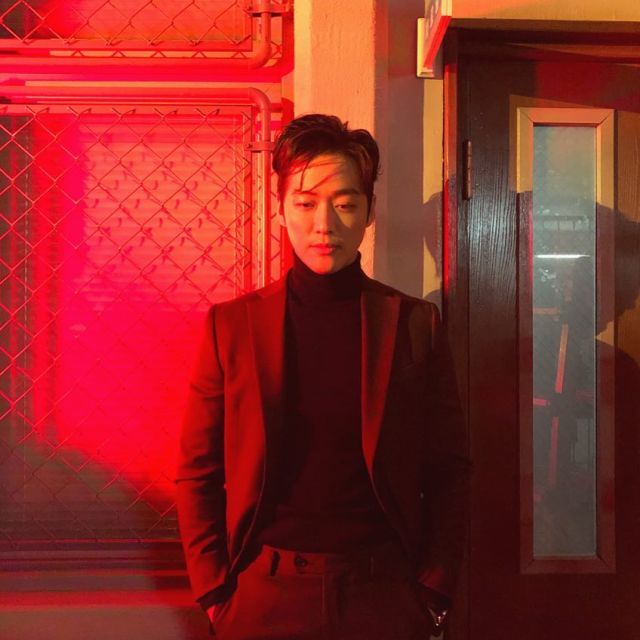 On March 13th, Namgoong Min posted a picture on his Instagram. In it, he has a downcast, moody expression, is wearing a suit, and is surrounding by moody, ambient red light. The picture was taken during the filming of "Doctor Prisoner".

"Doctor Prisoner" is an upcoming drama about an ace doctor who takes a job in a prison. The image gives a strong hint as to the drama's likely tone. The down cast shadows suggest something dark and ominous.

"Doctor Prisoner" will start on March 20th after the end of "Liver or Die" on KBS2. It will air on Wednesdays and Thursdays after that point.