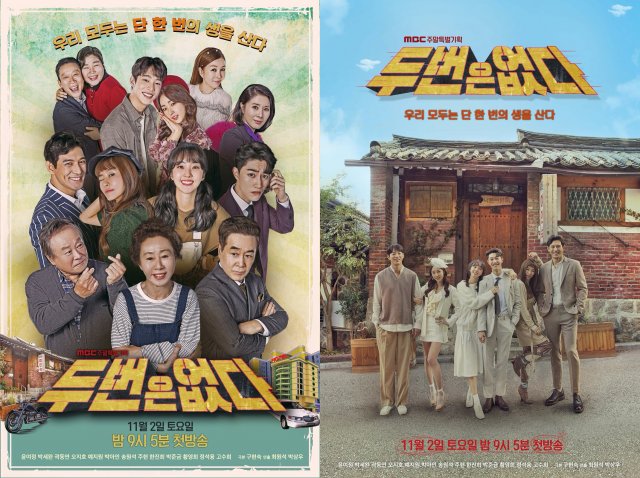 Two new posters have been released for the upcoming drama "Never Twice". The weekend drama centers around a boarding house, with the proprietor being played by Youn Yuh-jung.

The strong representation of other cast members on the posters suggests that the weekend drama will be played as an ensemble piece. However, much of the drama's attention has focused on Youn Yuh-jung, a prolific older actress who hasn't been seen in a weekend drama since the major hit "My Husband Got a Family" in 2012. 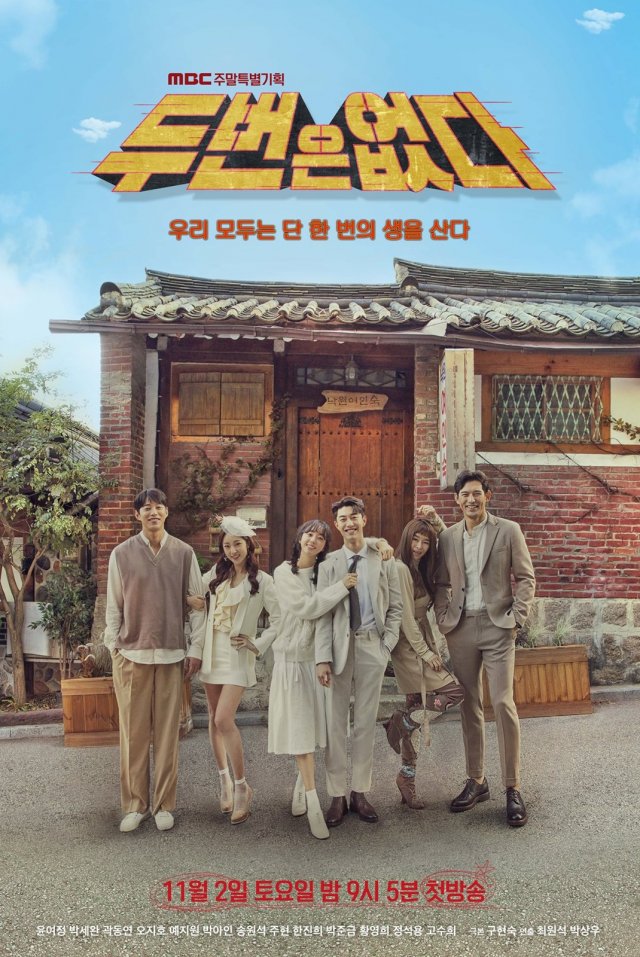 The tone of "Never Twice" is expected to be similar to the typical family driven weekend drama. The story centers around the idea of how in a world without second chances, a rare opportunity presents itself in the form of the boarding house residents making a new makeshift family with each other. 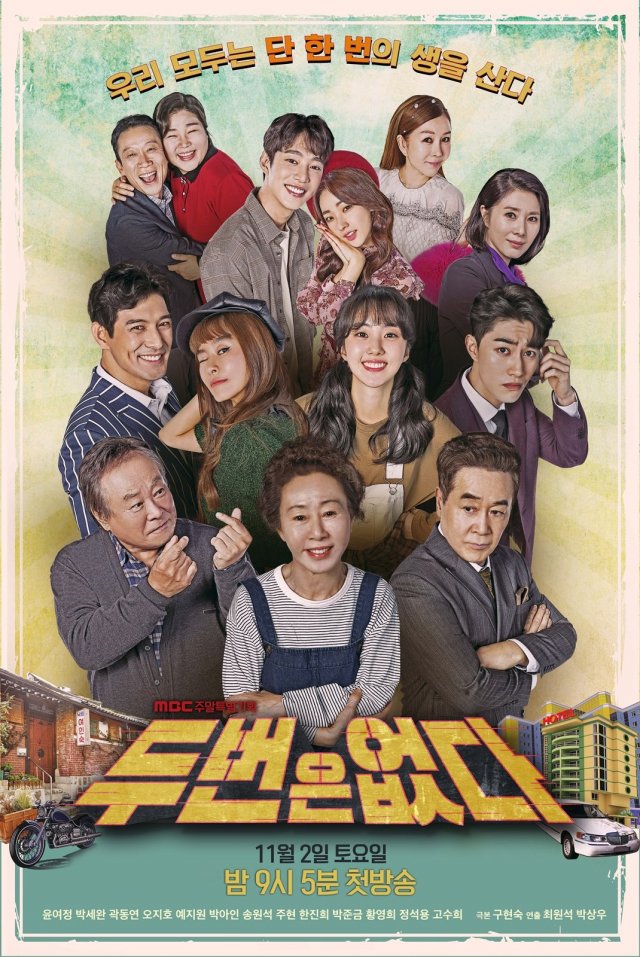 "Never Twice" will follow "Golden Garden" in its timeslot on MBC. The drama will premiere on November 2nd.