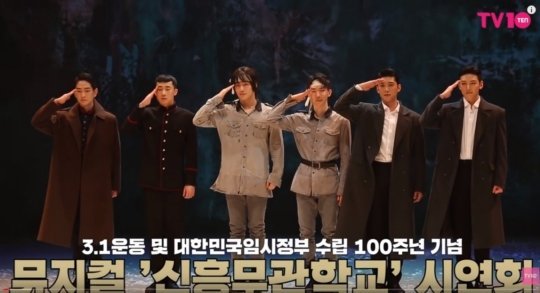 TenAsia has released a promotional video for Shinheung Military Academy on YouTube. The video consists of an interview with cast members in full costume made on March 5th, followed by performance clips. Ji Chang-wook, Go Eun-sung, Kang Ha-neul, Jo Kwon, Kim Sung-kyu, Onew, and more all appear in the video.

While there are no English subtitles to the video, the live musical performances are generally parsable. They begin at the eleven minute mark. Shinheung Military Academy is a musical that takes place at the titular school between 1907 and 1920. The story deals with resistance against the Japanese Occupation by Korean patriots, most of whom are still young students.