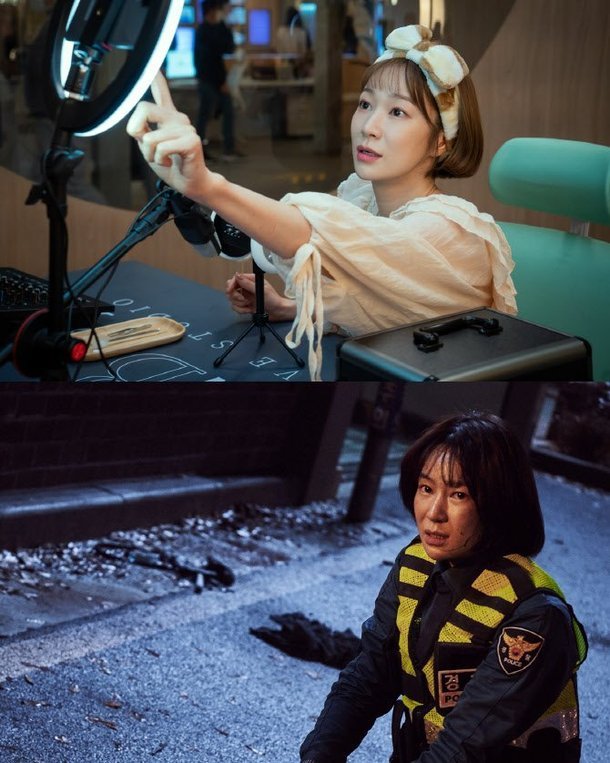 While many minor performers in the South Korean entertainment industry are typecast, this is not the case for Oh Hye-won, who has recently been noted for her noteworthy appearances in two very different roles in two very different genres. Oh Hye-won appears as an autonomous sensory meridian response (ADMR) creator in the romance drama "Dinner Mate", and as a police officer in the popular zombie movie "#ALIVE"

The stage makeup alone is enough to emphasize how Oh Hye-won is nearly unrecognizable between the two roles as the same actress. In "Dinner Mate" her character gives off a deliberately cute, therapeutic, and eccentric air as both a work partner of and friend to the lead character played by Seo Ji-hye. The offbeat design of Oh Hye-won's character has led many fans to see her a scene stealer excelling in both voice and mood-setting.

But in "#ALIVE", Oh Hye-won serves a very different purpose as an exhausted police officer struggling to stay alive during a zombie apocalypse. Her scene is among the tensest in the movie, serving as a stark reminder and contrast to Yoo Ah-in's character of what fate likely awaits him should he choose to leave the safety of his apartment. Oh Hye-won also effectively communicates the menacing chaos of the scene without dialog, relying chiefly on expressions and physical energy.

Oh Hye-won is fairly recent to acting, with her first named role coming in "Children of Nobody" in 2018. This is in spite of her being relatively old to start such a career shift, having turned thirty-four this year. Nevertheless, the model has quickly proven herself to be more than a pretty face. Many are curious what her next project may end up being.