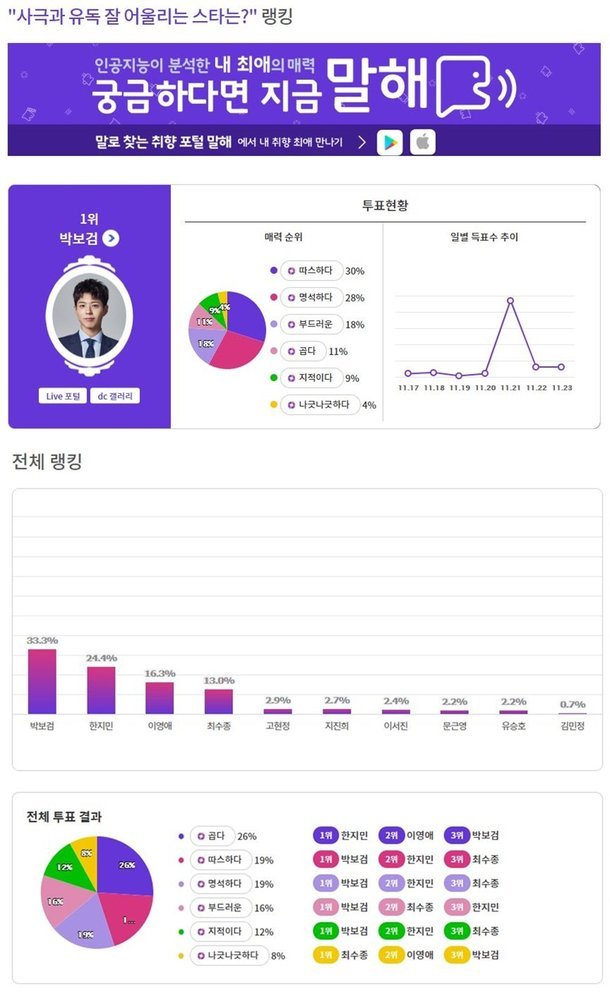 According to a poll conducted by the fan portal site DCInside Park Bo-gum is the most well-suited actor to historical drama roles. The poll took place over the fourth week of October, which was defined as October 17th to October 23rd.

Park Bo-gum's victory with 33.3% of the total vote appears to mainly be thanks to his leading role in the 2018 drama "Moonlight Drawn by Clouds". Adjectives used by respondents included descriptors like warm and soft, which are not used for historical dramas in general, but give some indiciation of the criteria which respondents were using.

Park Bo-gum also had minor roles in the Japanese Occupation era drama "Bridal Mask" as well as the sixteenth century war film "The Admiral: Roaring Currents". Park Bo-gum's role in "Answer Me 1988" was also critical for his career, though it is unclear if respondents also considered that to be a historical drama.

Han Ji-min was in second place with 24.4%, although like Park Bo-gum, she is by no means considered a specialist who primarily performs only in historical dramas. Lee Young-ae at 16.3% is the more obvious choice in this regard, as she came to fame via the title role in "Dae Jang Geum". Choi Soo-jong, who played the title character in "Dae Jo Yeong", was in fourth place with 13% of the total vote.