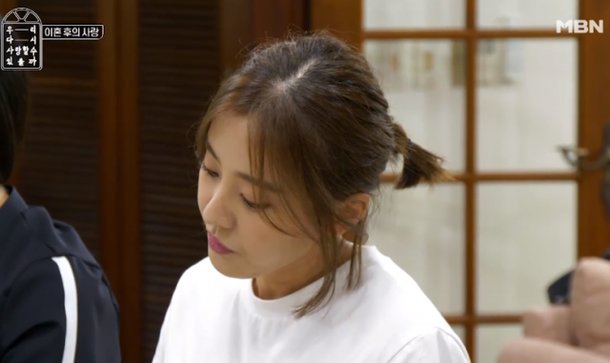 On November 13th Park Eun-hye returned in a new variety show on MBC titled 'Can We Love Again'. In the program's inaugural episode the actress discussed her divorce last year, openly questioning whether she would want to love again.

Park Eun-hye mentioned that originally she was open with saying the words I love you, but recently they just won't come out.

Park Eun-hye also discussed thoughts of depression, like thinking that she would be better off not waking up after falling asleep, only to worry about what would happen to her sons if she weren't around to take care of them. Park Eun-hye also mentioned financial issues. After "Dae Jang Geum" Park Eun-hye did not used to have to worry about money, but now she can't afford to refuse offers.

Park Eun-hye has received broad support for being willing to talk about such personal issues openly in a public forum. Park Eun-hye married a businessman four years her senior back in 2008. Last year they called it quits after ten years of marriage, leaving Park Eun-hye to raise their twin sons alone.