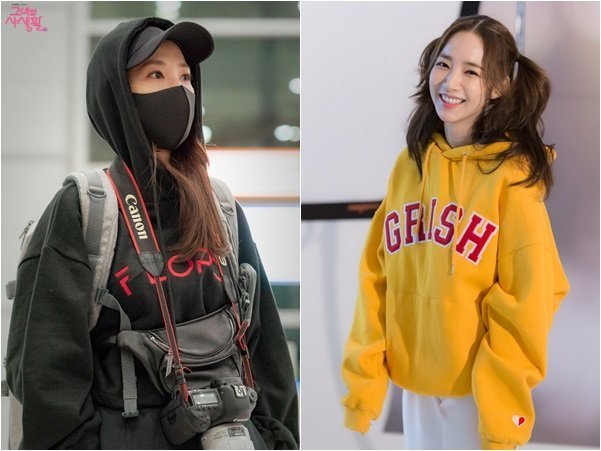 Park Min-young's character on "Her Private Life", Deok-mi, is broadly shown as having two lives - the public life of a normal respectable person, and the private life of an otaku. But even inside the otaku distinction, there is a further delineation between the cute, lollipop homegirl style and the more sinister black paparazzi style.

In the lollipop homegirl style, we see Park Min-young wearing an oversized hoodie t-shirt with pigtails for hair. The effect is to make her cute, harmless, and generally intimate. She seems like a fun person to be around, improving her allure as a romantic comedy protagonist, and allowing women viewers who also like to dress haphazardly at home to more easily identify with her. 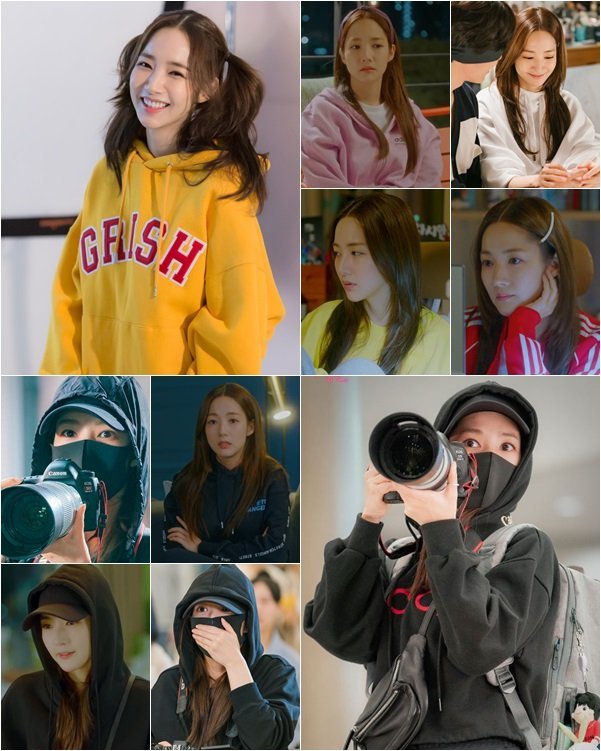 The sinister black paparazzi style is there to prevent her from seeming too much an object of fetishization. After all, otakus are considered social outcasts for a reason - it's a lifestyle that festers on obsessive behavior. Hence why Deok-mi feels the need to make herself harder to see in public as she engages in deviant behavior.

Park Min-young's stylist has spoken about how she came up with these particular articles of clothing in order to best match Deok-mi's moods color-wise. They had to match the character's profession and age, and even the way the character smiled. All wardrobe decisions have to go through this careful accreditation process.