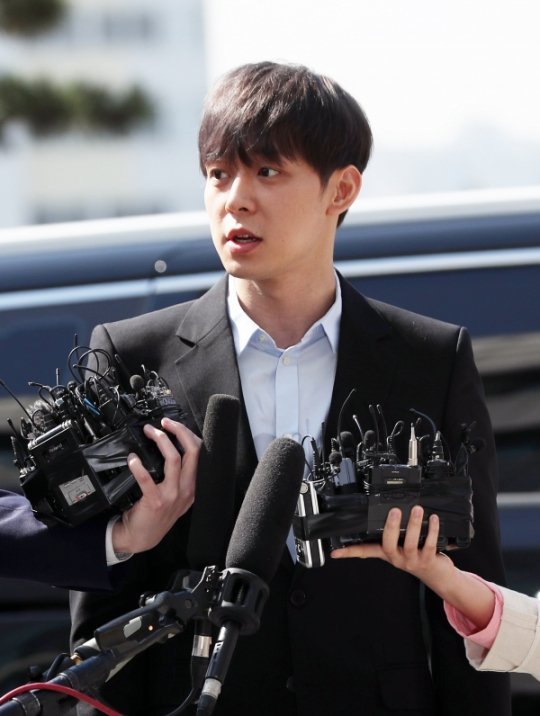 On April 17th Park Yoo-chun made himself available to give testimony to Suwon police. Park Yoo-chun's surrendering was announced ahead of time and South Korean media were on hand to photograph the event.

For the event Park Yoo-chun wore a black suit with no tie. In front of a line of press photographers Park Yoo-chun made a simple statement. He said he came out that day to faithfully submit to the police investigation.

Park Yoo-chun became a subject of questioning as a result of the arrest of his ex-girlfriend, Hwang Hana, for drug-related charges. Ever since her arrest it has been speculated that Park Yoo-chun did drugs with Hwang Hana or procured them for her.