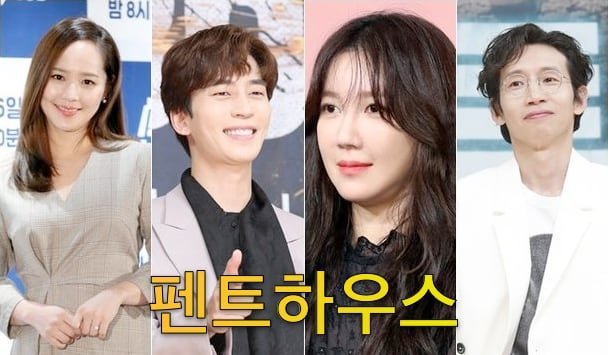 The major upcoming summer drama "Penthouse" is now officially behind schedule. The drama production announced that though the first script reading had been planned for February 25th it had to be pushed back to March due to concerns about COVID-19.

The drama is set to reunite director Joo Dong-min and screenwriter Kim Soon-ok of "The Last Empress".

"Penthouse" is not the only drama production to have been affected by COVID-19. "Kingdom - Season 2", which is set to release on March 13th worldwide on Netflix, had to change its March 5th press conference from taking place in person to taking place online. Actor Jung Hae-in also had to push back a fan meeting planned on his birthday to April 4th.