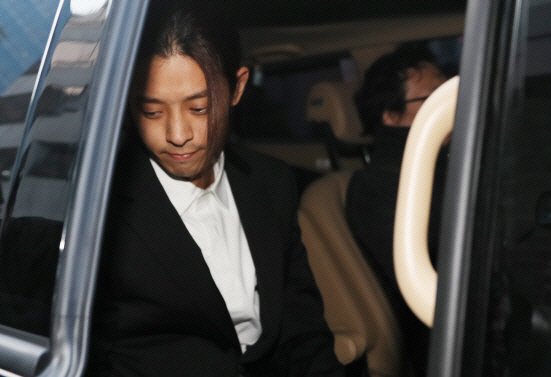 Police claim to have acquired six phones related to illegal sexual videos produced and distributed by Jung Joon-young. The announcement was made on March 15th. Forensic investigation of the phones is underway.

Jung Joon-young has a reputation for loving cell phones. References to 'Golden Phone' date back to variety shows in 2016. In light of the current allegations against Jung Joon-young the nickname has taken on darker connotations.

There are specific allegations from this time period stating that Jung Joon-young secretly took sexual videos and used them for blackmail. Police claim to have investigated one of Jung Joon-young's phones then but did not find any evidence to support the charges. Police are expected to use digital forensics to reexamine data from that time period.

Jung Joon-young was recently the subject of lengthy interviews by police investigators. After completing these interviews, Jung Joon-young made a press statement saying that he was truly sorry for his actions. He also claims to have honestly answered questions about 'Golden Phone'.