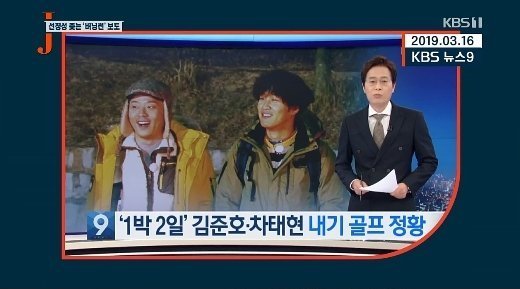 On the March 24th episode of Journalism Talk Show J on KBS1, the topic of discussion was sensibility in reporting on the Burning Sun investigation. In one segment, Professor Jung Joon-hee of Chungang University explained why Cha Tae-hyun was facing such stiff consequences for the seemingly minor allegation of gambling with friends on golf games.

Professor Jung started out by saying that KBS's position on Cha Tae-hyun was understandable. Simply having his name connected with the Burning Sun investigation at all was a huge liability. In that light, cutting Cha Tae-hyun from "2 Days and 1 Night" was unavoidable. 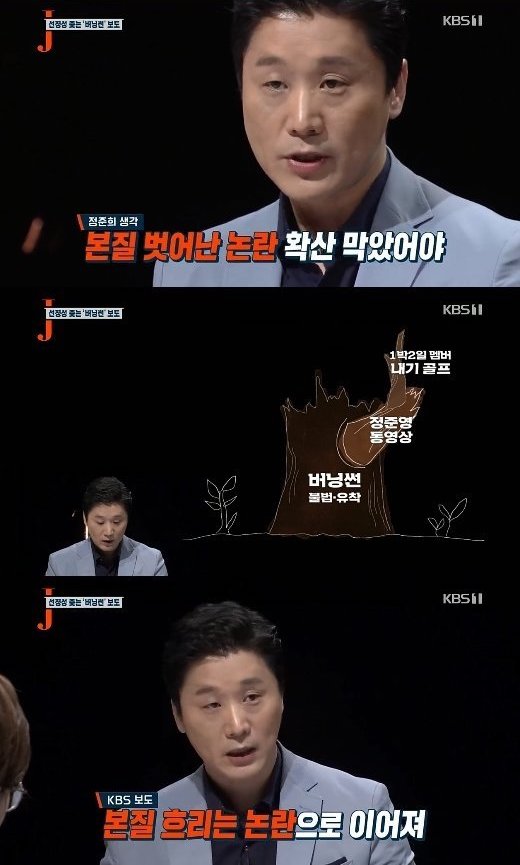 Professor Jung then went on to note that gambling on golf is a more serious allegation than it sounds. Gambling on golf has historically been used as a pretext in the upper echelons of South Korean society for wealthy people to both hide and launder money.

It is unknown whether Cha Tae-hyeun or any of the various important people he associated with were using gambling on golf for these purposes. However, the suspicion that this is what they were doing is what is currently damaging Cha Tae-hyun. This also explains why Cha Tae-hyun's insistence that he returned the money immediately did him no favors in the court of public opinion.