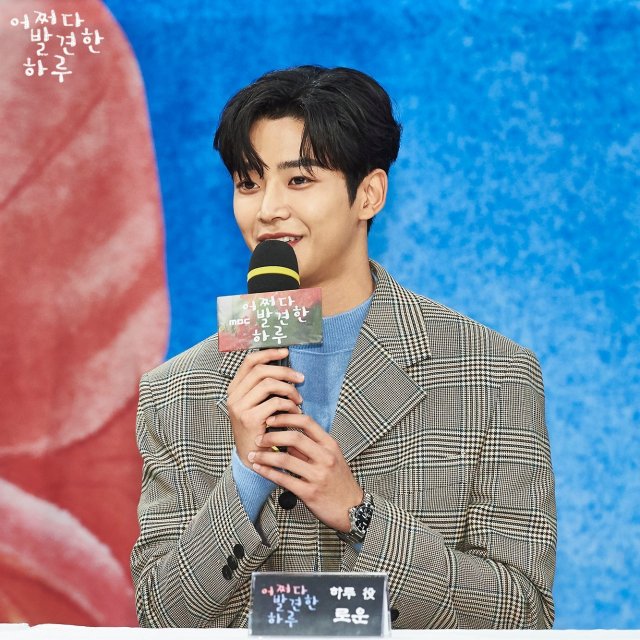 "Extraordinary You" has experienced a spike in interest since it first started airing, though the drama had been fairly low profile up until that point. Consequently, the comments of the male star Rowoon at the drama's October 2nd press conference have come under closer scrutiny.

At the press conference Rowoon, best known for his work in the musical group SF9, emphasized that he had taken thirteen roles up until now that didn't even have names. Rowoon described this as informing his acting process, as he would have to start from something formless and the paint it into something coherent. He saw this idea as relevant to his character on "Extraordinary You", who he describes as being both selfish and lacking in self-esteem.

Rowoon also confessed concern about taking on a lead acting role without much experience. He described director Kim Sang-hyeob as effectively thawing the mood with his opening words when they started rehearsing. Rowoon could also see that lead actress Kim Hye-yoon was having a good time through the anxiety, and when he told her as much, he started to feel the same way.

"Extraordinary You" is a romantic high schooler drama centered around a private cram school. It started airing in the 9 PM timeslot on MBC on October 2nd.

"[HanCinema's News] Rowoon's Comments on "Extraordinary You""
by HanCinema is licensed under a Creative Commons Attribution-Share Alike 3.0 Unported License.