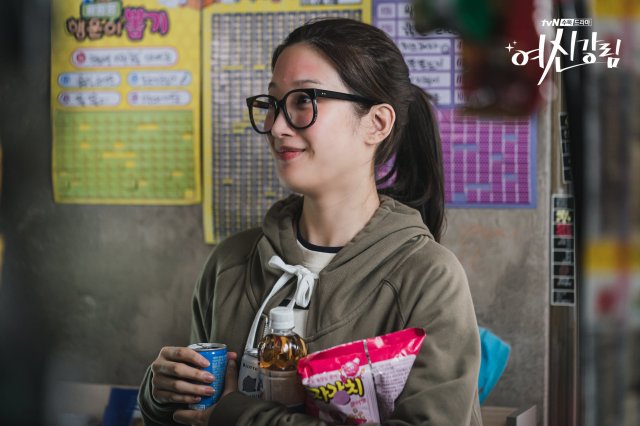 With the release of "True Beauty" fans of the original webtoon were both surprised and pleased to find that while the drama adaptation takes definite liberties with the exact construction of the story, the tone remains constant throughout. The teen romantic comedy-drama has Moon Ga-young as the lead character, a homely girl who becomes obsessed with makeup. The difference between her appearance with or without makeup is so great she is frightened of her dual life being found out.

In the webtoon version this fear is played off as largely internal. It is deliberately left ambiguous what her friends would think of the difference, whether they already know, or if they even care. But the drama adaptation has to date played up scenes that reference this anxiety, such as one of a more literal mess on her face. The lead character played by Hwang In-yeop is also introduced much earlier.

The liveliness of this adaptation, and the praise it has earned from fans, has drawn attention to Lee Si-eun-II, who is credited for the script. Her most recent drama is the relatively obscure "Top Star Yoo Baek" but her past credits include such works as "High Kick 3, The Short Legs Counterattack" and "Rude Miss Young-Ae Season 12" among others. The screwball, if antiquated tone of these older dramas is stylistically similar to "True Beauty".

This has done much to emphasize the throwback nature of "True Beauty" while the project still feels relatively new as it's based on a contemporary webtoon. However, while webtoon fans have enjoyed "True Beauty" the ratings for the drama have been fairly weak, even compared to "Start Up" which it was replacing. While "True Beauty" has made a good impression in its first week to some viewers, its staying power beyond younger demographics remains ambiguous.