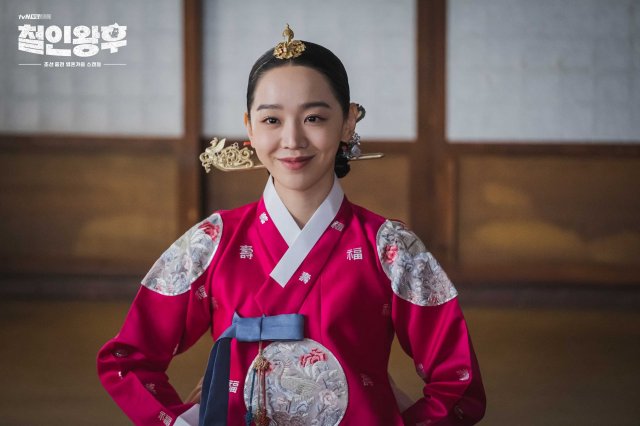 On February 14th "Mr. Queen" ended with ratings of 17.4%. The surprise winter drama hit is the fifth best performing drama of all-time from tvN despite its relatively humble expectations. The offbeat story, a fusion of comedy, science fiction, and historical palace intrigue, struck a chord with audiences. But Shin Hye-sun is quickly emerging as the main figure of note in project, with her reputation increased by a substantial margin thanks to her role.

In "Mr. Queen" Shin Hye-sun plays the role of So-yong, a boorish modern chef transported into the body of a ninteenth century Joseon royal consort through supernatural means. "Mr. Queen" has succeeded in part because Shin Hye-sun is entirely convincing in the part depicting So-yong's bewildered reactions to his situation. As "Mr. Queen" progressed Shin Hye-sun depicted similar nuance in So-yong's slowly improving subterfuge, as he tries to scheme a way back into his home time.

Shin Hye-sun's acting is so distinctive that "Mr. Queen" is unthinkable without her, and "Mr. Queen" has already become the role she is best known for. This is fortunate for the thirty-one year old actress as her last major drama, in "Angel's Last Mission: Love" was a bit of an embarrassment. At present Shin Hye-sun has no confirmed future projects, though she does have plenty of new fans who are eagerly awaiting her next move.