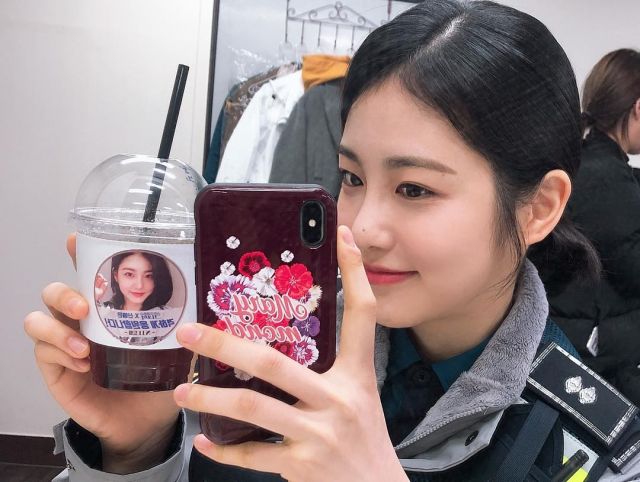 Shin Ye-eun posted a selfie on Instagram. The picture is intended to be ironic. It contrasts the real Shin Ye-eun's smiling face with a disposable coffee cup bearing her likeness for promotional reasons.

Fans were approving of the image. Shin Ye-eun has had a strong reputation as a pretty face ever since she appeared in the web drama "A-TEEN". Currently she is appearing as the female lead in "He Is Psychometric", a drama about a young man with special powers played by Jinyoung and the people, including Shin Ye-eun's character, who watch over him.