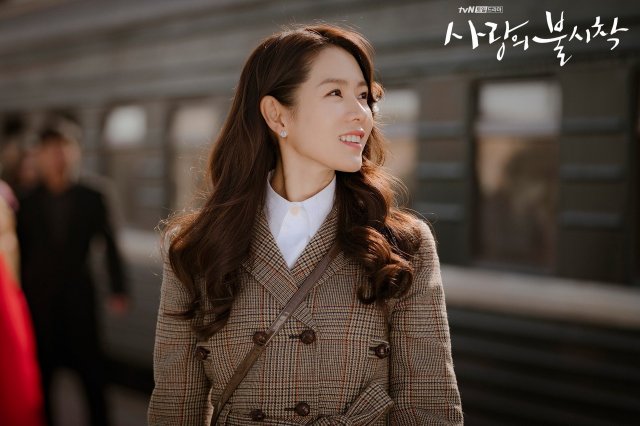 As "Crash Landing on You" moves into its second weekend, Son Ye-jin has quickly marked a return to a genre she has not been a part of for quite some time - romantic comedies. Son Ye-jin's last romantic comedy drama was "Personal Taste" back in 2010. Her supernatural romantic film "Spellbound" was also filmed around that same time. But since then her focus has been on dramatic projects with a few of them having at best comic relief elements.

For Son Ye-jin to come back to romantic comedies now of all times is particularly surprising, as the actress is now thirty seven years old. While her more recent turns in the drama "Pretty Sister Who Buys Me Food" and the film "Be with You" made Son Ye-jin romantically desirable, they did so in the context of a story that took her age into account. In "Crash Landing on You", by contrast, her character is five years younger than her.

So, for that matter, is Hyun Bin, who has also had a similar career trajectory toward more serious high concept roles since his last big romantic comedy role in "Secret Garden". "The Negotiation" represented a similar capstone of a career transition for both of them. In any case, the popularity for both actors is spiking with "Crash Landing on You", suggesting they have a loyal fanbase who will see them through on any project, however much it may clash with their recent branding.