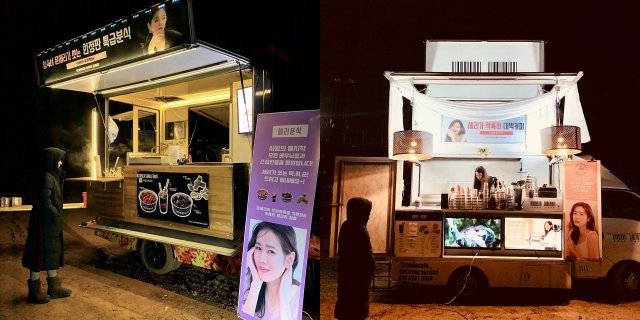 Son Ye-jin has posted a thank you message to her fans for sending her a coffee truck. The coffee truck was sent to the shooting location of "Crash Landing on You" during the nighttime. The snack truck served traditional Korean winter foods such as fish cakes, spicy rice cakes, and blood sausage, suggesting that it was sent by Korean fans. 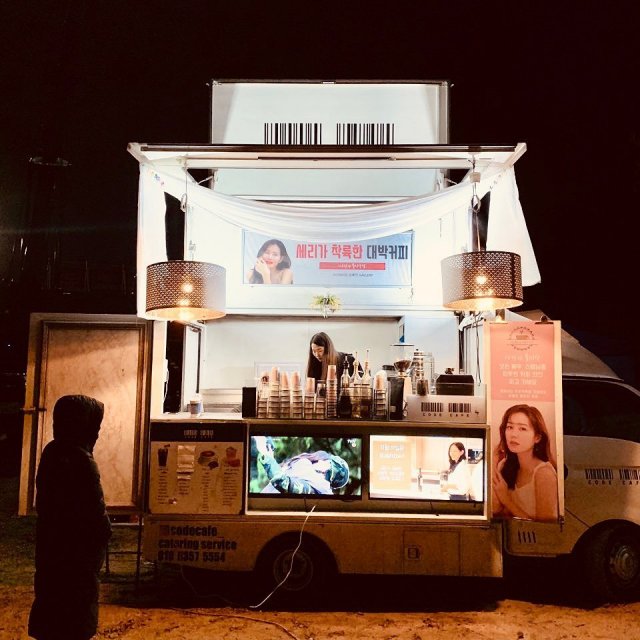 In her thank you message on Instagram Son Ye-jin stated that shooting was difficult so she was thankful for the hot food sent by her warm-hearted fans. She wrote that she could not appropriately express the warm and tingly thanks this inspired within her, then wrote thank you and I love you.

"Crash Landing on You" is an upcoming drama that will air on tvN starting on December 14th. It stars Son Ye-jin as an heiress who accidentally falls into North Korean territory and Hyun Bin as the North Korean officer who tries to protect her. It's the first drama for Son Ye-jin since "Pretty Sister Who Buys Me Food" and the first drama for Hyun Bin since "Memories of the Alhambra". Both actors appeared together in the movie "The Negotiation" last year.