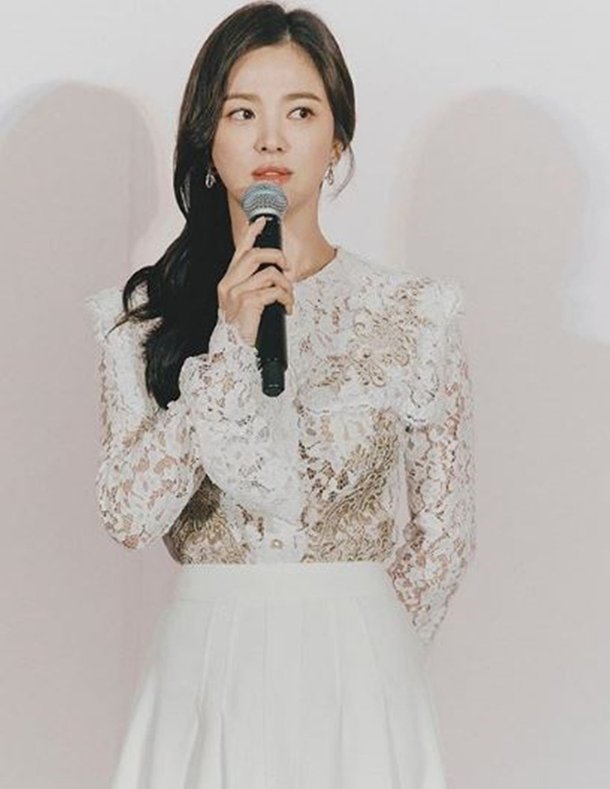 A newly released photo of actress Song Hye-ko has been getting around. In it, she is seen wearing a pretty white outfit and holding a microphone.

Song Hye-ko is married to Song Joong-ki, who recently left for overseas to start filming "Arthdal Chronicles". Song Hye-ko herself recently finished "Encounter". They became a known public quantity together as co-stars the 2016 megahit "Descendants of the Sun", and married in 2017.