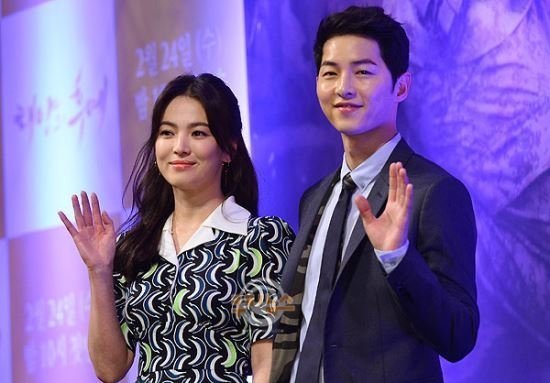 Shortly after Song Joong-ki's legal team announced that they filed divorce papers for the actor, Song Hye-kyo's agency came out with their own statement on the issue. They stated that both parties to the divorce had ultimately been unable to work out their differences and requested extensive speculation to be kept to a minimum.

This request unsurprisingly proved to be largely ineffective, as the story predictably blew up across all media. Rumors about "Encounter" were particularly strong, as this was Song Hye-kyo's latest starring role. Oddly enough "Arthdal Chronicles" has not featured as heavily in rumors, even though Song Joong-ki's preproduced drama was more recently filmed.

Song Joong-ki's agency has promised legal response against those who speculate. Song Hye-kyo and Song Joong-ki's wedding was a major event following their popular appearance on "Descendants of the Sun", and has ended after only one year and eight months. Given the circumstances what speculation there is does not appear to be especially severe.