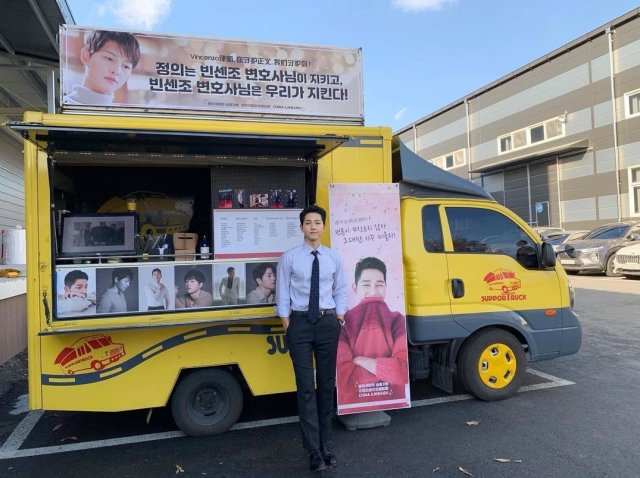 On April 25th, Song Joong-ki made a post to his Instagram account of six images relevant to coffee cars. Five different groupsare credited with the various coffee cars. These include KiAile, CHINA SKJBAIOU, DCInside, an organization with members from ten countries but no immediately obvious name, and a fifth with no clear identifying marks at all. The sixth picture is simply of Song Joong-ki posing with a cold drink. It is not clear which coffee car the drink came from. 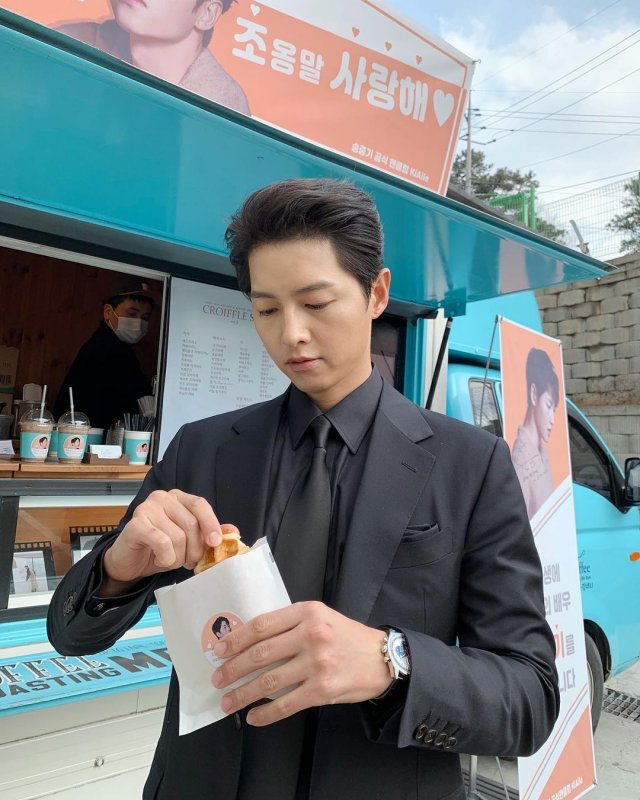 A simple note thanking everyone who supported the production of "Vincenzo" is attached to the images. It is not entirely clear when the pictures were taken, although all of them appear to have been taken at different times. "Vincenzo" just ended its ninth week on air with ratings of 12.3%. Production is presumed to be finished now going into the drama's final week. Song Joong-ki's next project will be the international criminal thriller "Bogota: City of the Lost" which does not yet have a confirmed release window. 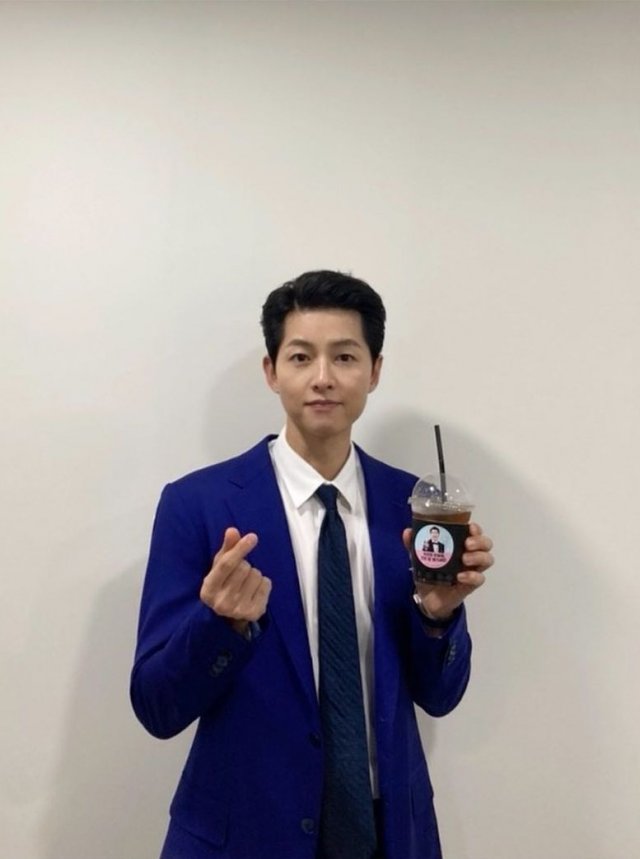 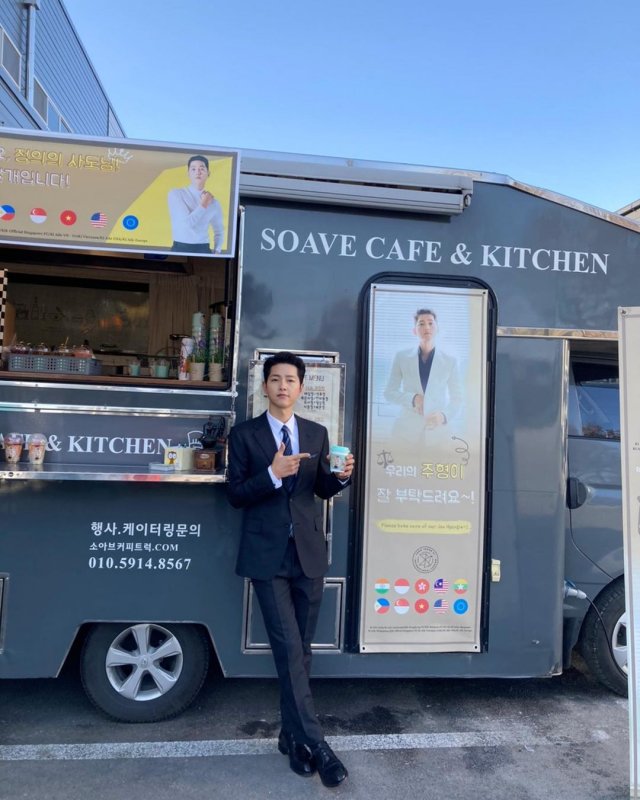 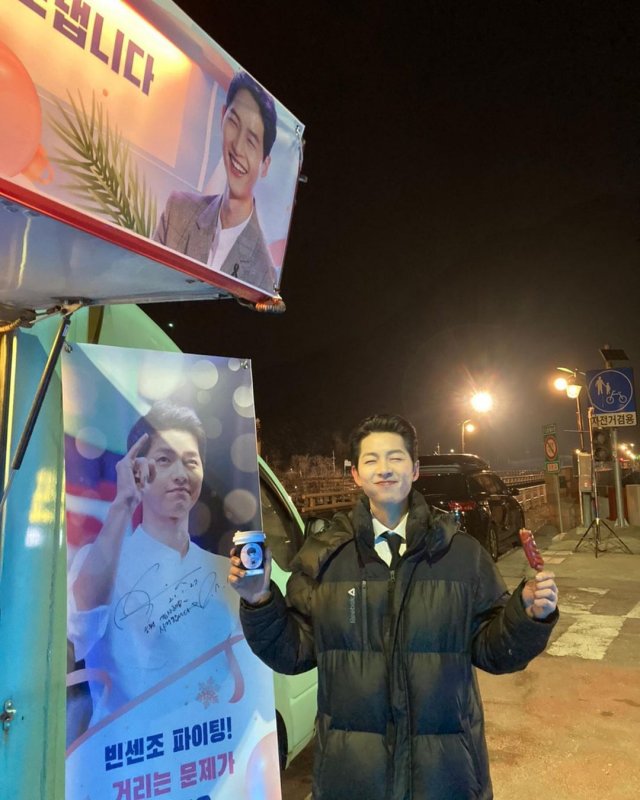 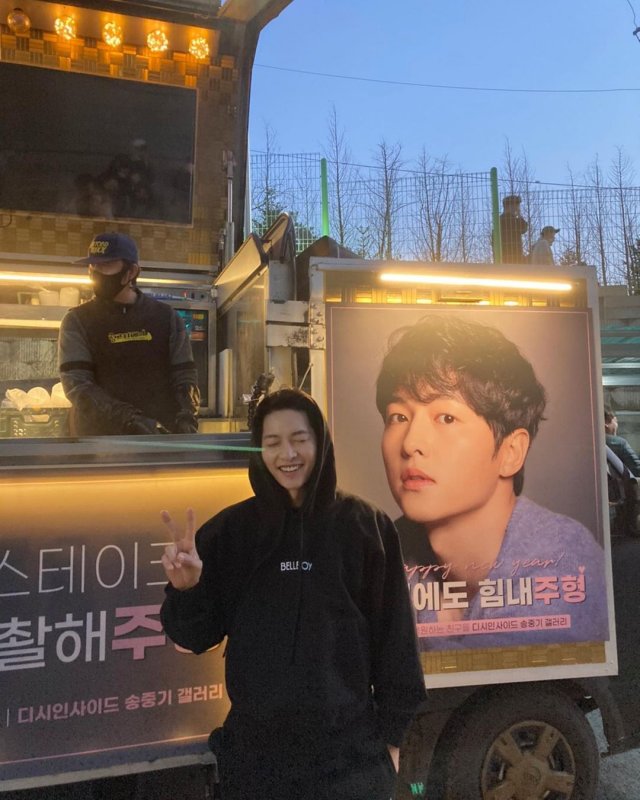